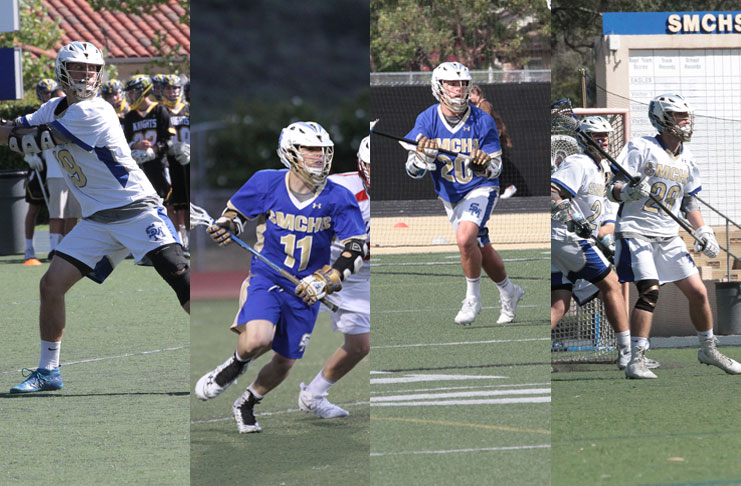 “I am very excited about our captains for our 2017 campaign,” Guy said. “Each of these guys has worked hard through the preseason to earn the trust of their teammates and each bring a different piece to the puzzle as far as our team’s success goes. I am excited to watch them on and off the field this season and look forward to watching them develop as leaders of young men.”

Buchman is a 4.0 student off the field and has committed to Bryant University in Rhode Island. He’s played on multiple club teams including the West Coast Starz and SoCal Express. He recently volunteered with his teammates in Santa Ana’s homeless tent city where he handed out clothes and blankets to those in need.

Fisher began playing lacrosse in the 5th grade and is a coach for the youth OC Rebels team. On his spare time he does charity work for a group called “Guys Givin’ Back,” where they recently raised close to $200,000 for multiple charities. He has recently committed to playing lacrosse for MCLA DI Concordia Irvine.

Caruso has played club lacrosse for the OC Rebels and Buku and is interested in playing for the MCLA. He is currently considering San Diego St., Cal Poly SLO, UCSB and UCLA, and plans on majoring in either Mechanical Engineering or Business.

Mack is a three-year starter and has committed to play for DIII Whittier College, where he plans on majoring in business with an emphasis on marketing in the music industry. Like his other teammates, the defenseman has played on club teams such as the OC Rebels and SoCal Express.