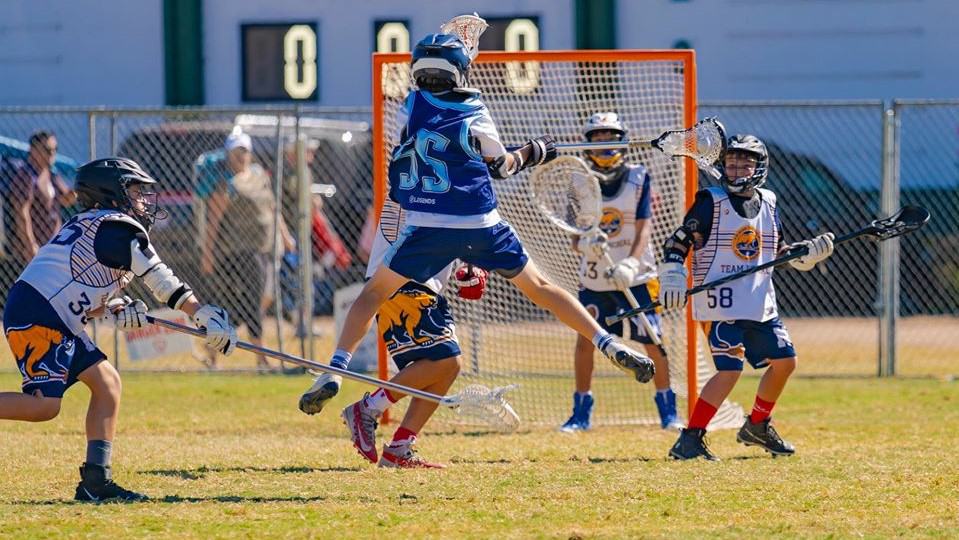 Santa Barbara, CA – The Santa Barbara Winter Showdown is this weekend at the Santa Barbara Polo & Racquet Club.  There are seven teams from out of the area and 41 local teams using it for a pre-season tune-up event.  CIF Southern Section opening day is February 15th.  February 8th & 9th there will be 48 teams playing as clubs on the  immaculate Bermuda hybrid grass imported from Argentina in 1927.  The teams will be putting their offense through its paces and testing their defenses at a great place to play lacrosse.

Twin Peaks (Tamalpais HS, Mill Valley, CA) is making the trip from Northern California but the Placer Grizzlies from Utah will win the distance traveled award. SoCAL United hails from San Diego and three Bakersfield teams add to the variety.  Bishop Gorman will make the trek from Las Vegas and compete for a title in the High School Girls Blue Division.

On the boys side the early favorites seem to be the Royals of San Marcos High School (Santa Barbara) and the Lions of Oaks Christian High School in the first place game on Sunday.  Both teams will need to navigate pool play to be in the top two spots in the Boys High School Red Division by the middle of the day on Sunday.

The girls divisions are stacked.  It’s a preview of CIF post-season in so many ways. Not everyone will be in Santa Barbara but 32 high school girls teams are distributed in four divisions. The top division is the Black Division and only eight teams fit into it.

Getting out of Pool A in Black will be a tough task for Aliso Attack of Laguna Hills and for Palos Verdes LC.  Only one can go to the final against the top team from Pool B.  Those two have to get past each other and not skip a beat when they play Coastal of Huntington Beach and Tritons of San Clemente.  Black Pool B is just as daunting.  WarLAX of Westlake and Anchor LAX of Newport Beach might be eyeing each other but then there are Fillies Gold of San Juan Capistrano and Scream Elite, mostly from the Simi Valley area.

Blue, Red and White divisions have the other 24 girls high school teams and the matchups with Bishop Gorman and Twin Peaks give everyone a chance to play someone completely new to them.  Dynamiters of Glendale has the edge on paper but Bishop Gorman, Twin Peaks and six other teams all evenly matched will have something to do with whether Dynamiters make it to their final.

“We’re really pleased with how fun & competitive this is going to be for everyone,” commented Showdown Director Paul Ramsey.  “More than half these teams will make CIF play-offs in the spring and here’s our first look at all of them this season.”

In the younger divisions the event features groups for 2026/27 Boys and 2024/25 Boys and Middle School Girls.  It’s too many teams to mention all of them here so best to hop in the car and make your way to the Santa Barbara Polo & Racquet Club to see all the action.

All schedules, scores and standings are on TourneyMachine.  Additional information, including a field map and directions, are on sbshowdown.com.