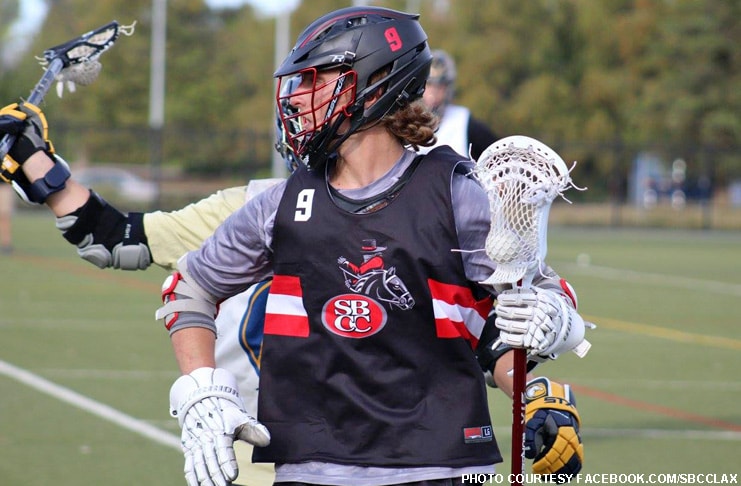 The Santa Barbara CC men’s lacrosse team has been granted provisional membership in the Southwestern Lacrosse Conference and will compete in the SLC’s Division II North next spring, Coach Andrew White said.

“It was good, because guys could keep their eligibility if they wanted to transfer,” White said, “but it didn’t legitimize us as a program.”

Now SBCC will have a regular spring league in which to compete and a diverse list of schools with which to schedule non-conference games. The Vaqueros won’t be members of the MCLA, however, as the national organization doesn’t accept junior college programs, SLC president Matt Holman said.

“As a conference, we can accept junior colleges,” Holman said via email. “At this time, [SBCC] won’t play in the postseason tournament, as that leads to national MCLA play. However, this does provide some solid spring-season structure for them [and] helps to legitimize things.”

Holman said that if Santa Barbara CC meets the SLC’s eligibility requirements, conference deadlines and other responsibilities (game management, trainers, uniforms, etc.) during this first provisional season, the program will be eligible for full SLC membership in 2019.

White, entering his fifth season as Santa Barbara CC head coach, said he expects to have roughly 10-15 players returning from last year’s roster and has a mailing list of about 75 players who have expressed interest in the program by filling out an online form. How many of those follow through and join the club remains to be seen, but having an actual spring schedule could boost interest and participation.

“Every year we’ve had more players join at the beginning of fall, but our numbers sort of dwindle by December,” White said. “It hasn’t reached that legitimate level yet, because it’s just a fall ball team. When they don’t have a legit league to compete in, something to play for, it’s hard to get them to stick around.”

White said the team is holding a meeting Thursday, Aug. 31, for all interested players enrolled at SBCC this fall.