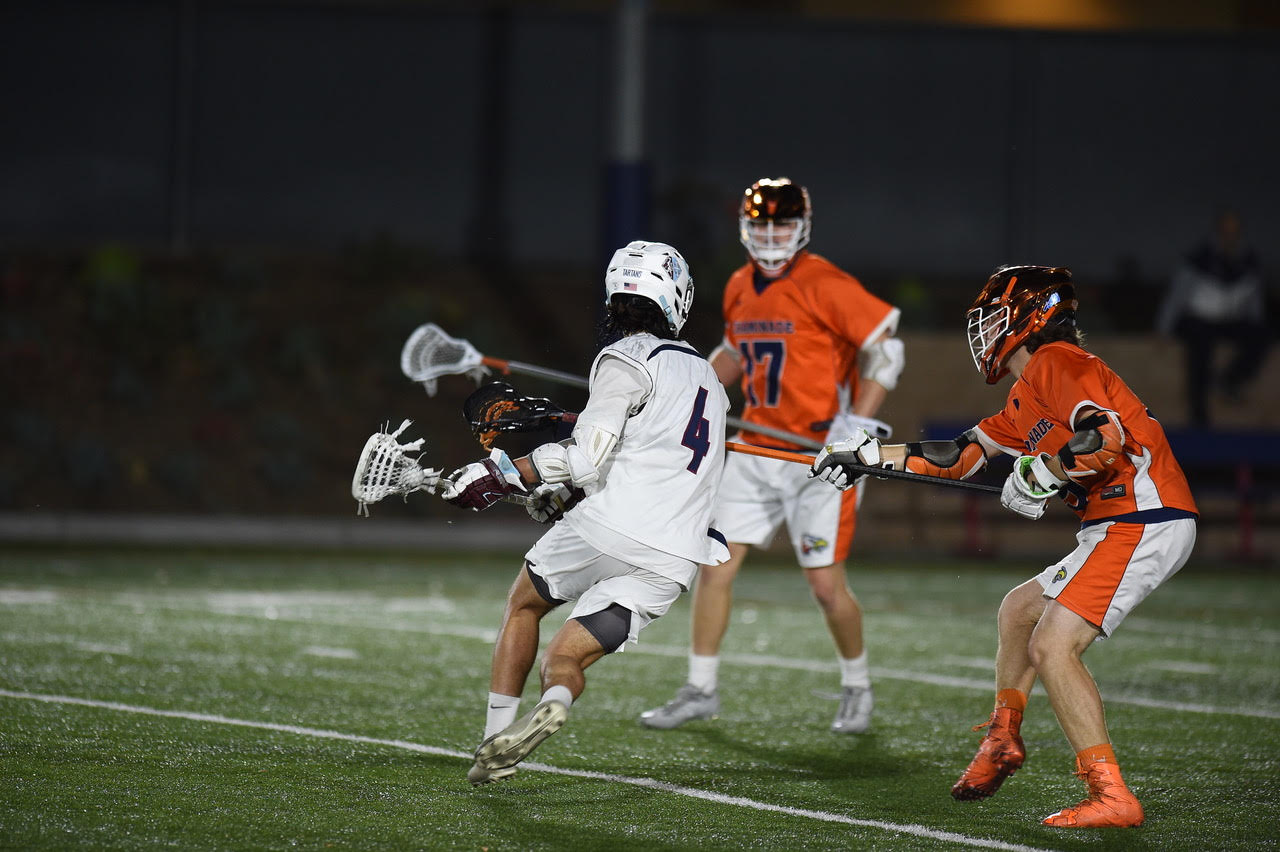 The St. Margaret’s boys lacrosse knocked off another defeated Chaminade 17-3 Tuesday to improve to 11-1 on the season. Sophomore Nate Sanchez was the top scorer with four goals and three assists.

In an increasingly familiar pattern, Stu Pollard (15/18) dominated the dot, distributed the ball, and let the offense go to work. The Tartans led 8-2 after the first quarter and did not give up another point until the fourth quarter.

Koa Todd (4g, 1a), Stephen Deck (3g), Cooper Barkate (2g, 1a), and John Culley (2g, 1a) all had a multi-goal game. Alex Lanham and Will Reinkensmeyer got in on the action with a goal apiece.  Matt Groeninger, Stu Pollard, Makai Todd, Stu Pollard, and Langston Sholl. Zane Handy had seven saves while letting in just two goals.

The Tartans will host Torrey Pines in a Western Top 5 showdown on Thursday.