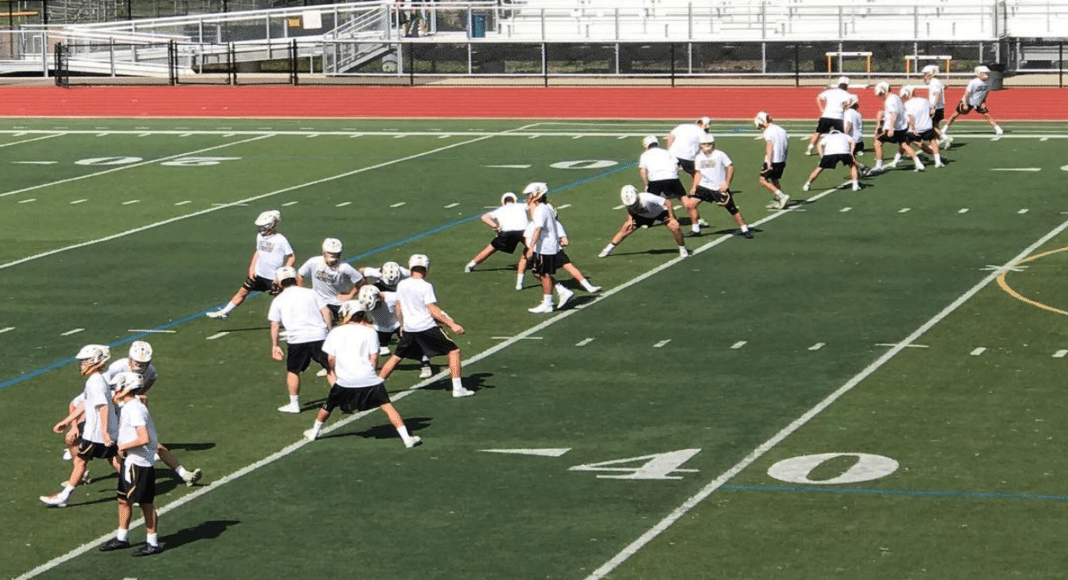 Thirteen proved to be the unlucky number for the Foothill boys’ lacrosse team when San Ramon Valley the Knights down to earth with an 18-10 loss on Friday. Foothill was undefeated at 12-0 heading into the game against Bay Area powerhouse.

Despite Foothill’s hot streak, it was the Wolves and their star attackman Drew Erickson (8g) that would not be denied their ninth victory of the season.

The first half featured a game of runs with San Ramon Valley seeking to secure a comfortable lead before heading into the break. Foothill showed its resiliency though, climbing its way back into the game every time San Ramon Valley gained an advantage while keeping the score level 7-7 at the half.

However, the second half was a completely different story as the Knights rapidly ran out of gas, which allowed the Wolves to run away with the lead. By the end of the third period, San Ramon Valley had tore open a 13-9 lead and eventually took the game 18-10.

Foothill’s Troy Hofer (4g), Ellis Geis (3g, 1a) and Josh Fox (1g, 2a) helped keep the Knights afloat for a while, but they would eventually succumb to the Wolves’ persistent defense.

Up next, Foothill will return to Southern California for an away game against San Clemente on Monday.