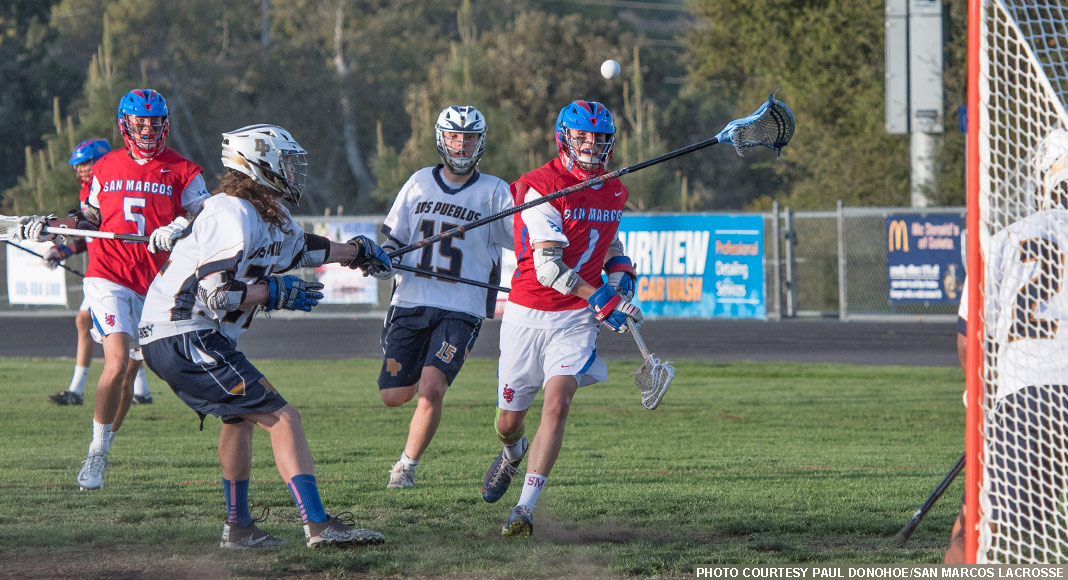 The two top teams in the Channel League squared off for the first time Tuesday, with No. 15 San Marcos holding off a late Dos Pueblos rally to win 10-8 and take sole possession of first place in the league.

San Marcos (8-1) threatened to pull away twice in the contest, but the Chargers (5-2) wouldn’t go down easy.

After a methodical and low-scoring first quarter, the Royals rattled off five unanswered goals to take a 7-2 lead into halftime.

But Dos Pueblos responded, roaring back with four unanswered goals of their own in the third quarter to pull within one at 7-6.

San Marcos again threatened to pull away, putting three more goals in during an exciting, back-and-forth quarter to lead 10-6.

San Marcos seemed to let up on the gas, though and Dos Pueblos took advantage, continuing to press with two more goals. San Marcos held on, though, and now prepares to face Thacher at home on Friday to open the second round of league play. The Royals beat Thacher 12-4 in their first meeting.