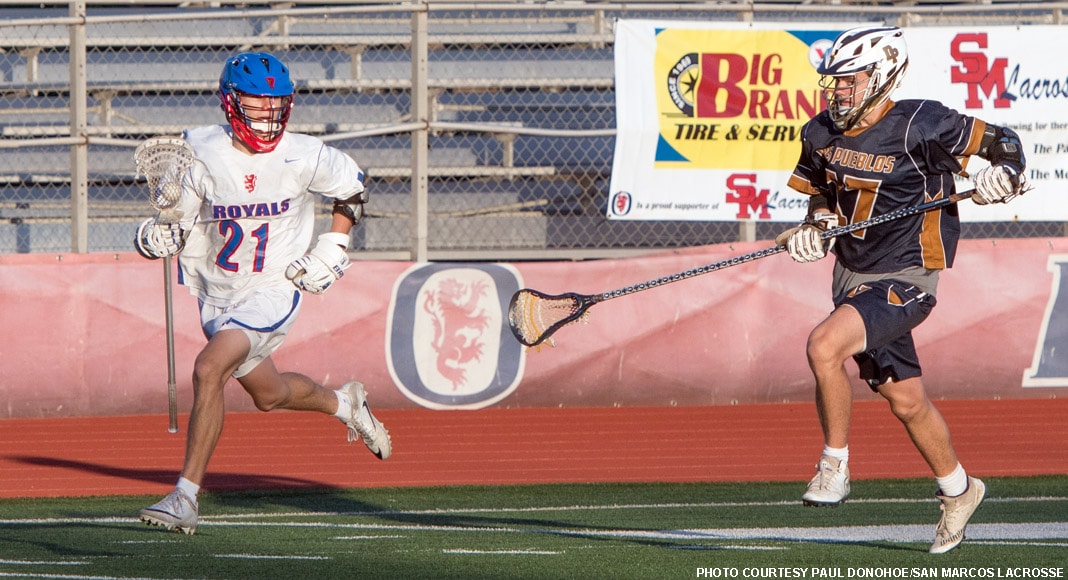 San Marcos (11-2, 7-0) was coming off a close loss to Corona Del Mar the night before, and it seemed to take some time for them to get things going. Both teams’ goaltenders made excellent saves, keeping the score low, and sophomore goalie Josh Glasman, who started the game for the Royals, was awarded the game ball by the San Marcos coaches for his work in cage.

As most of the players have known each other for years, and with some of the players playing their last game against each other, there were a lot of emotions. The Royals offense started to click, and despite missing a number of starters were able to secure the win.

The Royals also are looking ahead to the US Lacrosse North Divisional playoffs, which start the first week of May. Playoff invitations and seeds will be announced April 29.