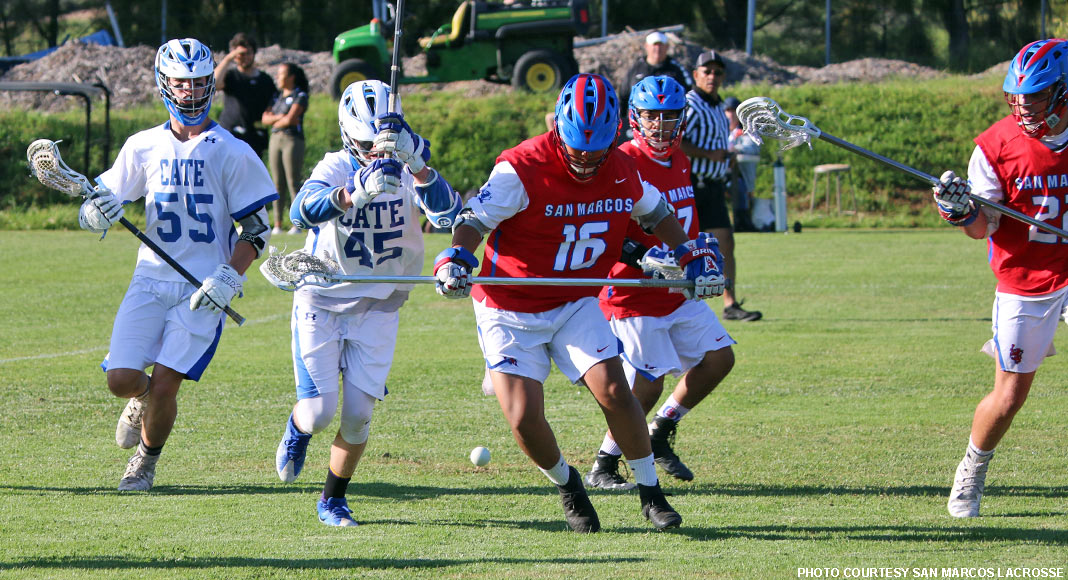 The San Marcos Royals, No. 13 in the US Lacrosse/MaxLaxLA coaches poll, stifled host Cate on Tuesday, winning the Channel League matchup 11-2 behind a rock-solid defensive effort. The Royals (10-1, 6-0) won for the 10th consecutive time after an opening loss to Oaks Christian.

Credit for this one sits squarely with the San Marcos defense, coach Rick Lehman said via email. Defenders Isaac Briner, Dawson Dewan, Jonathan Oh, Kai Sanvictores and Ben Nowak, with Josh Glasman anchoring in goal, held the Rams to a single goal in each half.

The Royals’ offense, meanwhile, cranked it up in the second half, scoring six unanswered goals to put the game well out of reach.