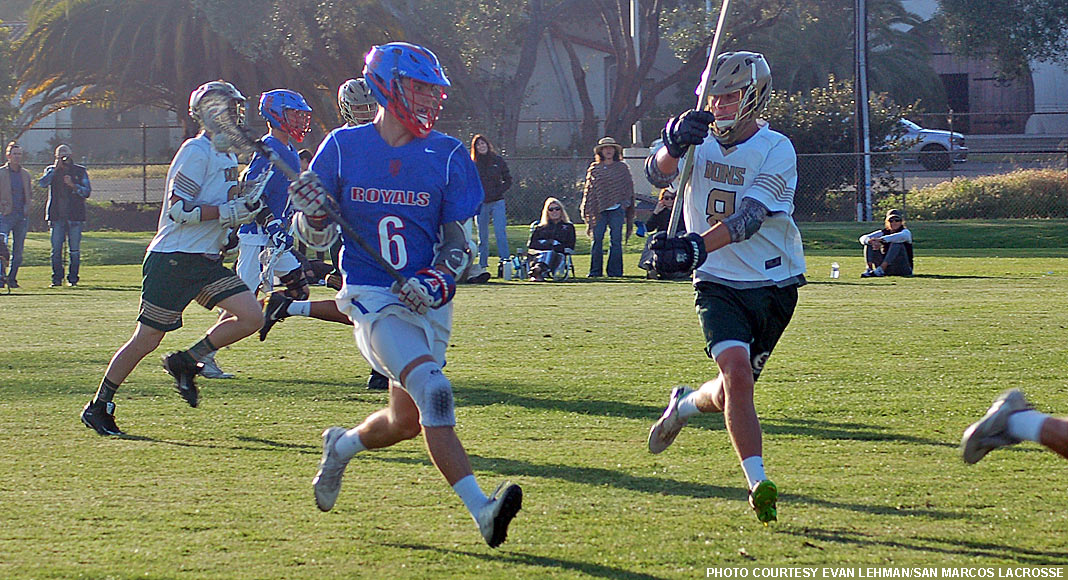 Now the Royals (13-2) look ahead to the US Lacrosse North playoffs, which begin next week. Last year, San Marcos was seeded into the Postseason Invitational Tournament and reached the title game before losing to Mira Costa. This year, the Royals are expected to receive a bid into the 16-team Championship Tournament. The playoff brackets will be announced Sunday.

Thursday, San Marcos played well at both ends, coach Rick Lehman said, and their ball movement and multiple weapons were simply too much for Santa Barbara. The Royals beat the Dons 14-0 in their first meeting, and Lehman said the Dons were clearly a better team Thursday, playing with skill and heart.

Lehman said the San Marcos team thanks all the family and friends that have supported the program throughout.