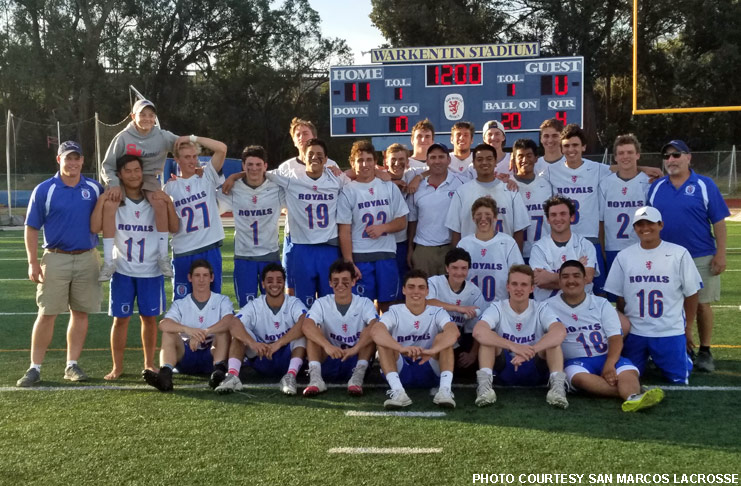 Coming off Tuesday’s loss to Thacher, which snapped their 11-game winning streak, the San Marcos Royals were looking to regain their upbeat tempo and finish the season strong Thursday against Cate. They accomplished both, posting an 11-0 shutout to finish the regular season record with a 12-2 record and a Channel League championship.

The Royals played a clean game on both ends of the field with some great offense, and the defense was awesome. Goalie Ryan Lehman had one of his best games of the season with 15 saves and earned the game ball.

The Royals honored their seniors by having them start the game and play most of the minutes. The third-year CIF program finished the regular season with its best record to date 12-2.

Sunday, the Royals will find out if the are seeded in the regional playoffs, which begin next week.