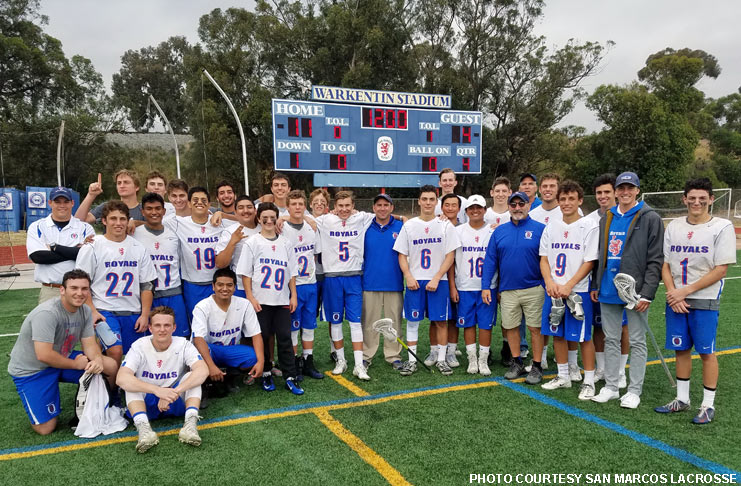 The San Marcos Royals enjoyed another first in this historic season Tuesday, playing host to — and winning — a semifinal game in the US Lacrosse LA Postseason Invitational tournament.

The No. 2-seeded Royals defeated No. 3 Culver City 11-4 to advance to Thursday’s Invitational title game against No. 1 Mira Costa, which beat No. 4 Valencia 8-3 Tuesday. San Marcos’ record of 14-2 is the best in the young CIF program’s history.

Defensively, poles Mac Merrill, Dawson Dewan, Cesar Gonzales, Kai Sanvictores and goalie Ryan Lehman stepped it up to hold Culver City to only one second half goal. Shea Rousseau was outstanding at the face-off and controlled possession for the Royals, receiving the game ball from the coaches.

The Royals will face Mira Costa (13-6) on Thursday.