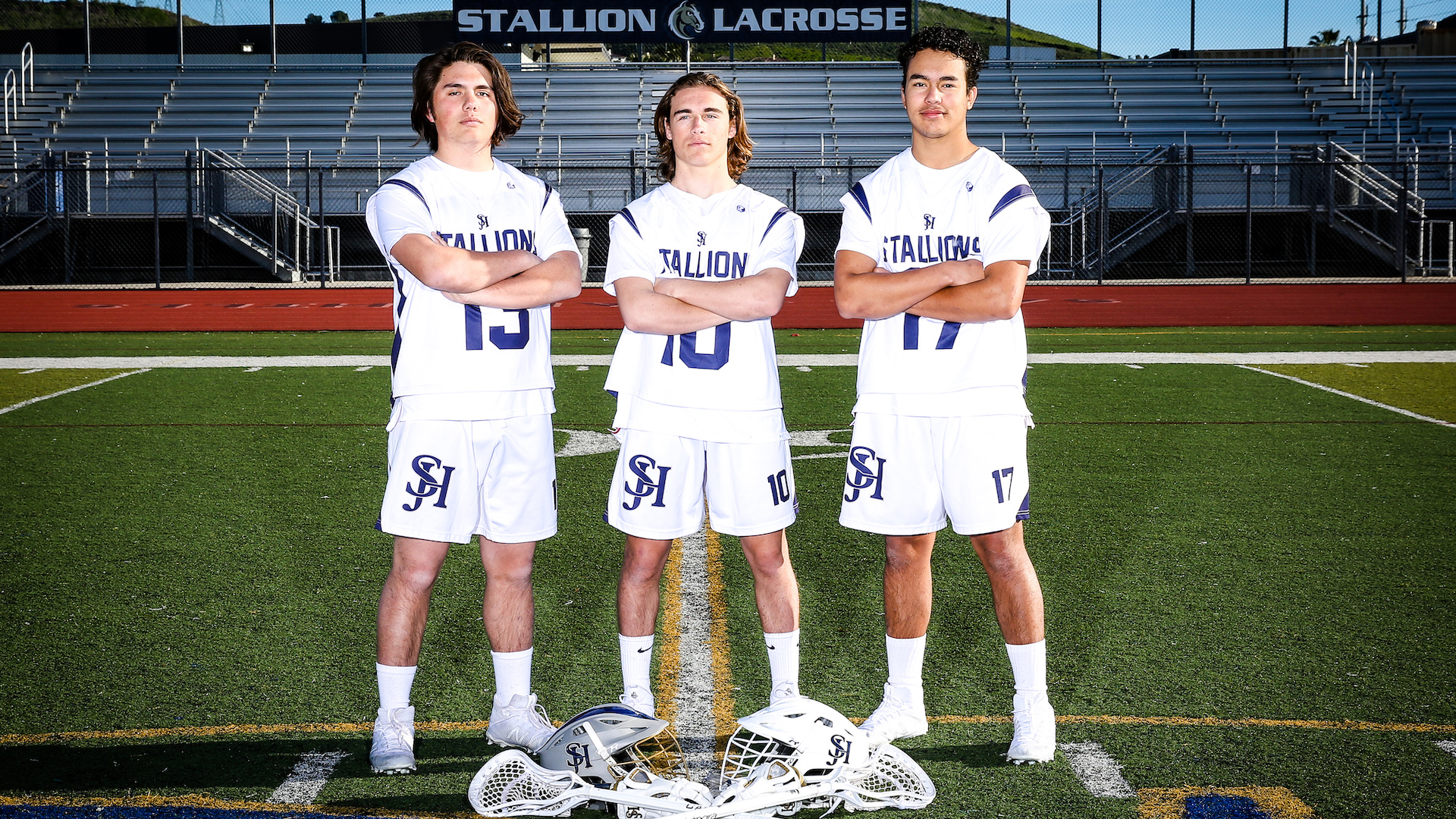 Justin Supe, Josh Mastropaolo, and Jack Gow have been named as the captains of the 2019 San Juan Hills Boys Lacrosse team.

“These three players have demonstrated great character, maturity, and resolve, while displaying excellent lacrosse IQ and athleticism,” said Coach Albert Tat. “These qualities have created a new culture at San Juan Hills that will bring success on and off the field.”

Supe is a second-time captain, senior faceoff specialist and midfielder. He returns to the field after leading the Stallions in 2018 with 48 faceoff wins.

“Being named a captain is an honor,” said Supe. “It is truly amazing to be recognized for the hard work and dedication that I’ve put into this sport. Having been chosen by our coaching staff shows the trust that they have in me that I’ll lead by example and guide our team to a winning season.”

Junior midfielder Mastropaolo is another second-time captain. He has been a key component of the Stallions game plan since his freshman season figures to play a major role for the Stallions once again in 2019.

“We have a ton of talent on our team this year and we have been working really hard in the offseason,” said Mastropaolo. “I’m excited the coaching staff has faith in me…I’m truly honored!”

Gow, a senior defenseman, is the only three-year letter winner on the Stallions roster.  He led the team with 39 takeaways and added 46 ground balls in 2018, and is looking forward to an exciting season, surrounded by largely re-vamped defense.

“It means a lot to be named a captain. We’ve all put in a lot of work, and to have the trust and confidence our coaches to help lead our team is a great honor,” said Gow.

The Stallions open the season on the road against Mater Dei on February 26th and JSerra on February 28th, before returning to the Badlands in San Juan Capistrano for their home opener against Tustin on March 5th.