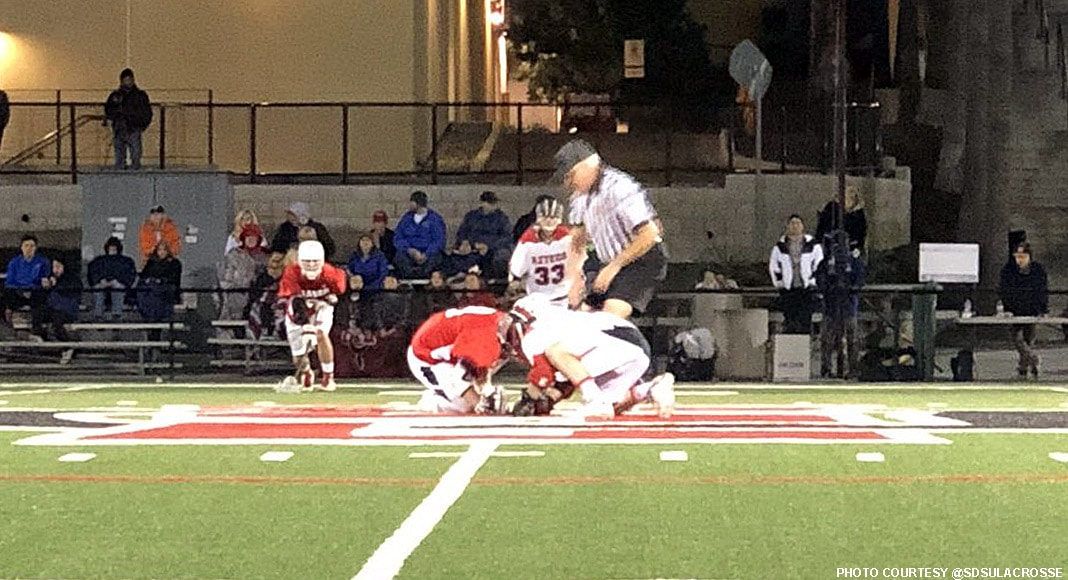 San Diego State lost its second in a row on Saturday, dropping a 9-8 decision at home to No. 19 Simon Fraser to drop to 2-3 on the season.

The Aztecs scored first, when freshman attack Brady Burwell found senior attack Will Mallonee on the back side for a 1-0 lead, but Simon Fraser quickly tied it, and the teams traded goals the rest of the half, with neither team leading by more than one.

Simon Fraser (4-1) took a 7-6 lead into halftime and extended it to 8-6 in the the third quarter. San Diego State’s Niko Vlassis dodged the alley to bring the Aztecs back to within one at 8-7, but Simon Fraser responded with a transition goal to restore its two-goal edge heading into the fourth period.

Ben Borglin found the net early in the fourth to bring the Aztecs back within one goal. San Diego State dominated possession time and were able to keep Simon Fraser off the scoreboard but couldn’t score the equalizer. Coming out of a time out in the final minute, San Diego State forced a Simon Fraser turnover to get one final possession but could not beat the SFU goaltender despite several scoring chances.

The Aztecs are home again this Saturday, March 10, at 1 p.m. to face No. 1 Grand Canyon University in the first SLC game for both teams.