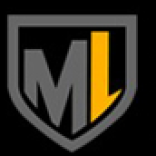 3d’s San Diego Box League is back for the fourth consecutive year and should be more competitive than ever. Founded in 2012, the SDBL has grown into the biggest box lacrosse league in Southern California, with more than 38 teams competing and featuring players ranging from 1st through 12th grade. The strength of the league comes from a few key factors, but most importantly the focus on teaching. Intense training during practice sessions separates 3d’s San Diego Box League from other leagues in Southern California. Each practice has a 3d Master Coach in attendance along with an experienced box coach teaching the game of box lacrosse in authentic Canadian style. The 3d Master Coach ensures each practice emphasizes the right mix of individual skill, small-sided competition and team philosophies. Players are introduced to new skills and concepts at each training session in a fast-paced learning environment.

The SDBL takes place in a full-size hockey rink at the famous Kit Carson Park in Escondido. Kit Carson Park is home to the best box lacrosse venue in Southern California, outfitted with two full-size roller hockey rinks, full-size team benches, shot clocks, penalty boxes and electronic score boards, which include a penalty time display. For convenience, teams train in two different locations during the week throughout the season. Players who live close to the coast train at the Ecke YMCA in Encinitas, and our 15 corridor players practice at the Poway Sportsplex.

Director of 3d San Diego and Poway High School varsity lacrosse coach Zack Burke founded the league and has been at the helm all four years. Burke, a former professional field and box lacrosse player, believes strongly that a contributing factor to Poway winning the San Diego CIF Open Division in 2015 and 2016 was the positive influence of box lacrosse on his players and their skills.

“There is no doubt in my mind that the focus on the pick-and-roll game, off-ball motion offense and skill training has transformed the Poway program into a championship-winning program and a top team on the West Coast,” Burke said. “Our guys get more reps than other players. It’s that simple. In each box training session, they will touch the ball four times more than they would in a field lacrosse practice.”

As groups of players and entire teams buy-in to the intense training offered by box lacrosse, Burke said, the players immersing themselves in the box experience will eventually help alter the identity of their programs. He is hopeful that will catch on with more and more players as he looks to grow the SDBL for 2016.

“If 35 players from one program play box lacrosse year after year, it’s only a matter of time until that program is successful,” Burke said. “There will be 35 guys in the program that have the same skill set that includes faking, deceptive shooting and a comfort level playing in stressful situations. For me, box lacrosse has proven to be the best way to train players who want to drastically improve their game in a short amount of time.”