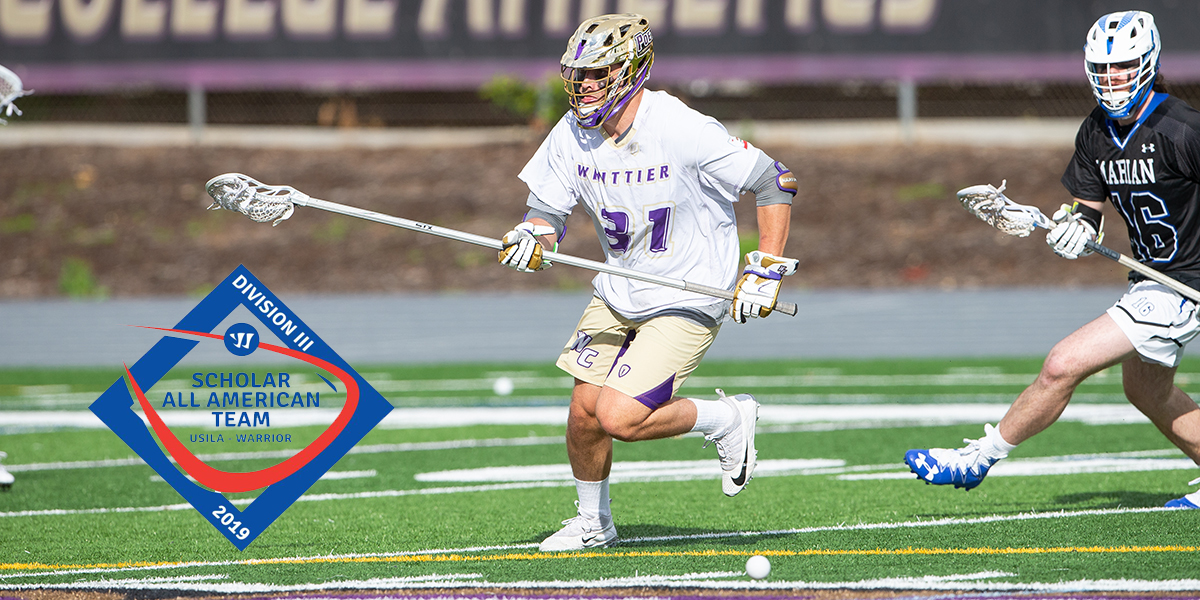 A Scholar All-American must be nominated by his coach and be a student with a senior year academic standing and a cumulative grade point average of 3.0 (4.0 scale). He will have behaved in a manner that has brought credit to himself, his institution, and to college lacrosse both on and off the field. He must also be an All-American, A Senior All-Star Game Selection, or an outstanding league or conference player.

Lepley started in 50 games over his four-year career, recording 98 groundballs and 98 caused turnovers.  He was named team captain this season and led the Poets to a 13-3 record, which broke the single season wins mark in program history.

Lepley graduated with a double major in Finance and Economics and is pursuing a career in wealth management.