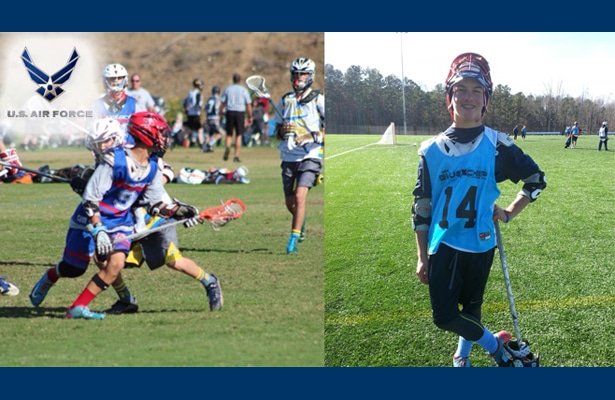 “I committed to Air Force because the program has made a commitment to get to the next level,” said Nick. “They are recruiting very strong players. The 2014 class is ranked #15 in the country. I also like the opportunity the Air Force offers after I am finished playing lacrosse.”

Lemus’ early signing is a clear sign of the increased profile Orange County lacrosse is having across the nation and demonstrates the importance of prospective recruits playing in high profile showcases and with top notch club teams. A star youth player who started in fourth grade, the 15-year-old Lemus made the varsity at San Clemente as a freshman last year but has yet to start a varsity game. Lemus scored 5 goals and had 3 assists in 21 games for the Tritons last season and figures to be a key part of the Tritons offense in 2015. He’ll join D3 commit Jack Renard (U.S. Merchant Marine Academy) to lead San Clemente’s attack next year.

Lemus’ signing is the fifth D1 commit from San Clemente in the past three years. Bennett Jonas (2013) committed as a junior to Ohio State but transferred out of state as a senior and graduated high school in Utah. This spring San Clemente graduated its first three D1 commits–Stone Sims (Albany), Peyton Garrett (High Point) and Austin Streeter (Bellarmine).