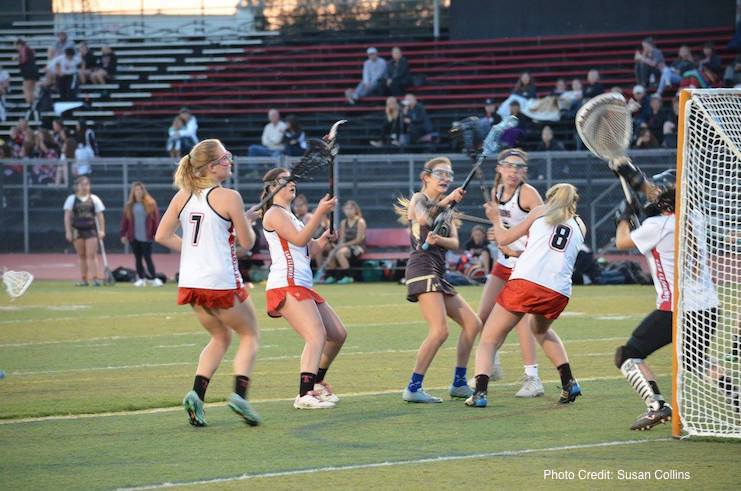 San Clemente girls lacrosse beat Laguna Hills 15-7 on Tuesday March 7th in a non-league game. The Tritons struck early and often, with junior Jessica De Collibus scoring three of the Tritons’ six goals scored in the first 10 minutes. De Collibus had a game total of five goals, all in the first half. Laguna answered with a couple of goals, but then Triton Juniors Kylie Buckley added three and Shay Heft had one. Freshman Maddie Buckley got her first goal. At halftime the Tritons led 10-6.

In the first minute of the second half Buckley came out firing for a score and she went on to score a total of three second-half goals from some great feeds by Heft. Heft added another goal, and Bella Columbo knocked in a score. The Triton defense shut down Laguna, allowing only five shots and one second half goal.

The Lady Tritons’ next three games are on the road, at Foothill on March 9th and at Los Alamitos March 13th. Sea View League action starts March 16th away vs Dana Hills. A complete schedule is on our website www.tritongirlslacrosse.com.