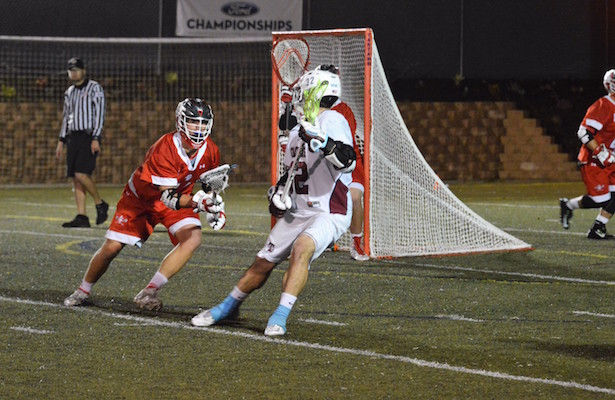 Samuel Harnisch (St. Margaret’s) is one of 16 newcomers to the University of Denver men’s lacrosse team that were announced by head coach Bill Tierney Friday. The incoming class includes 15 freshman and one transfer hailing from 12 different states and Ontario, Canada.

Harnisch will continue to wear No. 32 in college.  His new teammates include his brother Ryan, Brett Greenlee (Corona del Mar) and Nate Marano (Foothill).  Ryan Harnisch, Greenlee and Marano are all sophomores

“This time of year always brings great excitement as we introduce our new players to our veterans and begin to assimilate them into our Denver Lacrosse culture,” Tierney said. “We have great talent returning and the addition of this group will make us a viable contender for the BIG EAST and NCAA Championships. The Class of 2020 is well balanced and has athletes who can compete for significant playing time at every position. Most importantly, almost every one of these young men was a captain of his team, is an outstanding student and a proven winner.”

USA Today recently ranked Denver as the No. 2 place in the country to play college lacrosse:

“Denver is the oldest private university in the Rocky Mountain Region. It was founded in 1864 to civilize Denver, a rough mining community at the time. The 125-acre campus is a designated arboretum surrounded by open Colorado wilderness. Its 11,000 students enjoy an 11 to 1 student to faculty ratio. Finance, international relations and psychology are its most popular majors.”

“After two decades with Princeton, where he won six National Championships, Bill Tierney took the head coaching job with the Pioneers in 2009. His teams have reached the Championship Weekend three times in the last four years. 2014 was Denver’s first season in the Big East, which they celebrated with a 6-0 conference record and a conference tournament title. In 2015, Denver went on to win the National Championship.”