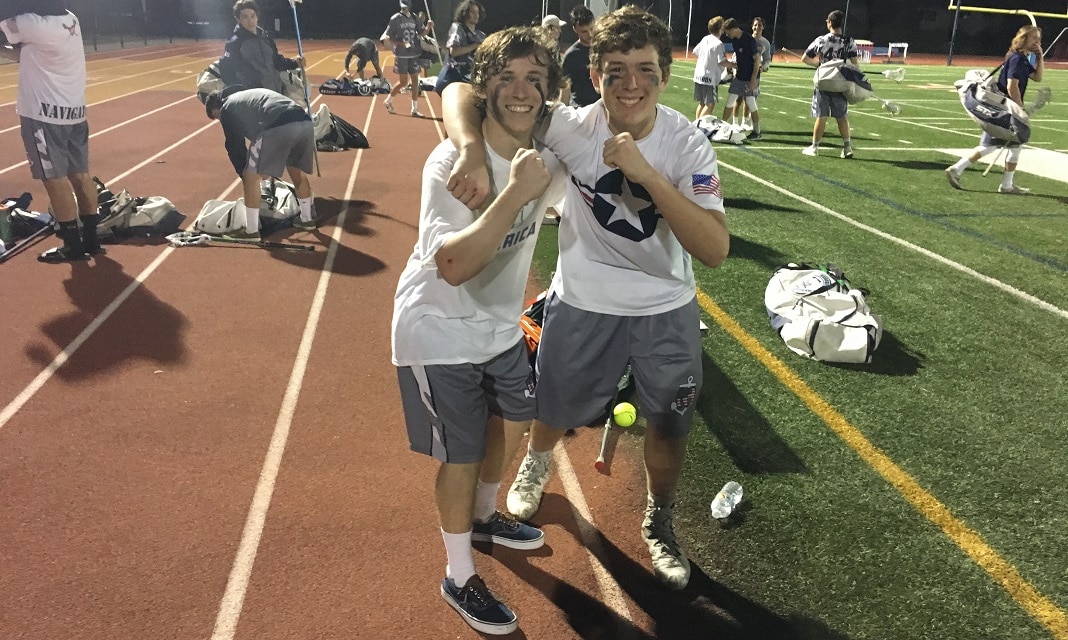 The Newport Harbor boys lacrosse team is back on top of the Sunset League, as the Sailors beat host Los Alamitos 10-8 on Wednesday to win their ninth consecutive game and clinch their third league title in the past four years.

A year after finishing fourth in the Sunset League and missing the playoffs for the first time under head coach Mark Todd, the Sailors have locked up the league title and have guaranteed themselves a spot in the playoffs. But they didn’t win without another relentless effort from Los Alamitos.

The Griffins struck early and often, as they opened up by scoring the first three goals of the game and leading 4-2 at the end of the first quarter. The Sailors made their comeback by shutting out the Griffins and tying the game at 4-4 entering halftime.

“The first quarter I had to stay calm, because I could tell we were rusty at practice, coming off spring break. This is one of our closer-knit teams that we’ve had in a long time,” Todd said.

The Sailors extended their lead to 7-4 in the third quarter, but the Griffins scored the last two goals of the quarter to pull within 7-6.

The Griffins had multiple chances to tie the game, but their shots either hit the goalpost or were saved by Garrett Rovazzini. The Sailors capitalized on the Griffins’ misses, as they pulled away by scoring three straight goals to give them a 10-6 lead, which turned out to be enough. After the game, the Sailors stormed the field.

Joe Fuller led the way for the Sailors with five goals, while Aiden Goltz had two. Zach Quinonez, Race Mooers and Rhett Farmer each scored for the Sailors, who got 11 saves from Rovazzini.

For Los Alamitos, Trenton Jones recorded a hat trick and an assist while Ed Shean and Lincoln Frazier each scored twice. Hunter George found the back of the net once for the Griffins, who got 12 and eight saves from goalies Cullen Murray and Guido Cuccia.

Mindless stat: Newport Harbor made history by notching their 12th win of the year. The 12 wins are the most win in a season for Newport Harbor.

Milestone alert: Jones’ three goals and one assist has given him 89 points for the season. With one game remaining in the season, plus possible playoff games, Jones is 11 points away from eclipsing 100 points.