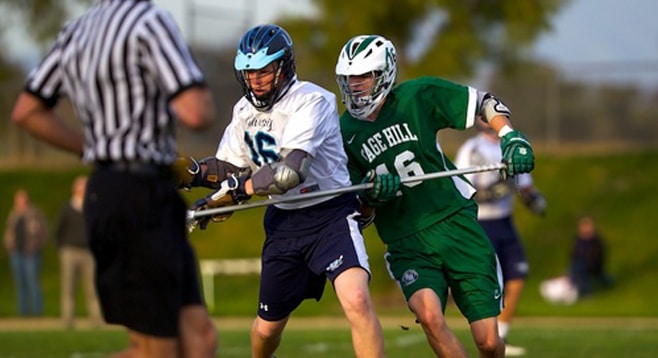 Sage Hill is a relatively new program in an area that is filled with athletes and already cultivated talent.

Last season Sage Hill went 7-8 playing against top-class teams such as CDM, Beckman, and Stevenson High School from northern California. These games were meant to get the team ready for league games. Although they always want to win against these teams, they have the know how to know that the main goal is to learn from these tougher games hoping to correct their errors.

“Our goals this year is to win league,” said captain Jack Preston. “This won’t be an easy task as we hope to beat both Beckman and Woodbridge High School who have always been a challenge. As for college success, we have just recently sent Jay Murray, one of our defensive long polls, to Wesleyan University and have had many kids from Sage go on to play at the club level such as Daschel Grammer who will be attending Kansas next year, Ford Hanour a sophomore at USC, and Max Ellison who played D3 at Denison but now plays club ball for Cornell.”

Lacrosse has been drawing a lot of interest at Sage and many kids, especially freshmen and sophomores, are joining the team. Because they have only one coach, it’s hard for Coach Chris Dismille to balance his time between both the Varsity squad and the new players. In hopes of furthering their success at Sage Hill, it’s a necessity that the team find someone who can help with the next generation of students who will be taking over in the next couple of years.

If you are interested in assistant coaching or have any questions contact Head Coach Chris Disimile at 917-414-4788 or Email:disimilec@sagehillschool.org