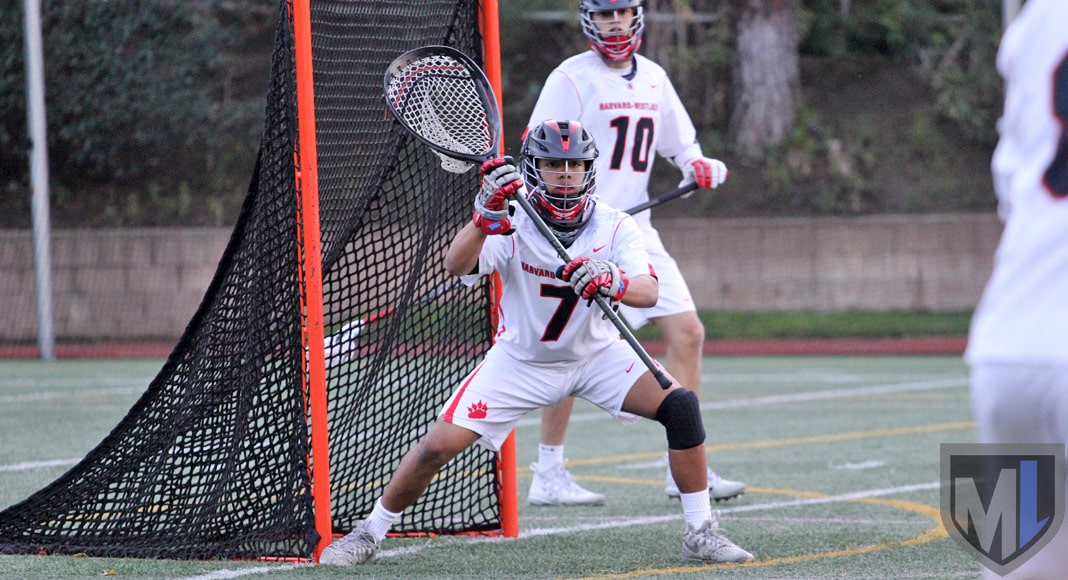 Junior goalie Alex Russell made eight first-half saves and shut out visiting Oak Park until midway through the third quarter Thursday, sparking No. 2 Harvard Westlake to a 13-3 nonleague victory.

Russell finished with 11 saves, and head coach Erik Krum said his play in cage provided a spark for the team’s offense, which had been held to 11 goals combined in losses to St. Margaret’s and Palos Verdes.

“We say that the defense gives us our energy, for our whole team,” Krum said, “and when the attackmen and the midfielders and the close defense see their goalie play that well and make those saves, save after save and clear after clear, it really gives us a boost.”

For the first 10 minutes, though, Eagles goalie Connor Kaminsky matched Russell, making three first-quarter saves and keeping the score close. But with Harvard Westlake leading 2-0 late in the first quarter, a Kaminsky error on a clear gave the Wolverines an own-goal, and two face-off wins and two quick scores later, it was 5-0 and OP’s wheels were starting to come off.

“They’re kids,” Eagles coach Tarik Ergin said. “Things start to go badly, and they make it worse. Because now they’re trying to freelance, or they’re going off book, and it just collapses. But we’re not the team we need to be, and we were two days ago.”

Oak Park (4-3), ranked No. 8 in the coaches poll, was coming off a big road win over No. 4 Chaminade on Tuesday. For the first 10 minutes Thursday, it looked like the Eagles might stay with Harvard Westlake. But the snowball started rolling in the last two minutes of the first quarter, and it only picked up speed.

Harvard Westlake (4-2) built a 9-0 lead by halftime, then made it 10-0 in the third quarter before Oak Park’s Troy White managed to bounce one past Russell at the 6:25 mark. The Wolverines led 11-1 entering the fourth quarter.

With Russell and face-off middie Harrison Listen (17 of 20 at the dot) providing possession, Harvard Westlake was able to solve some offensive issues that had limited their production in recent games.

The Wolverines still had 19 turnovers, but they countered that with 40 ground balls, Russell’s 11 saves and Listen’s 17 face-off wins. The resulting possessions and improved ball-handling led to plenty of offense. Eight of the Wolverines’ 13 goals were assisted, with senior attacks Paul Rodriguez (3 goals, 4 assists), Tommy Park (3g, 2a) and Reid Hudgins (3g) leading the way.