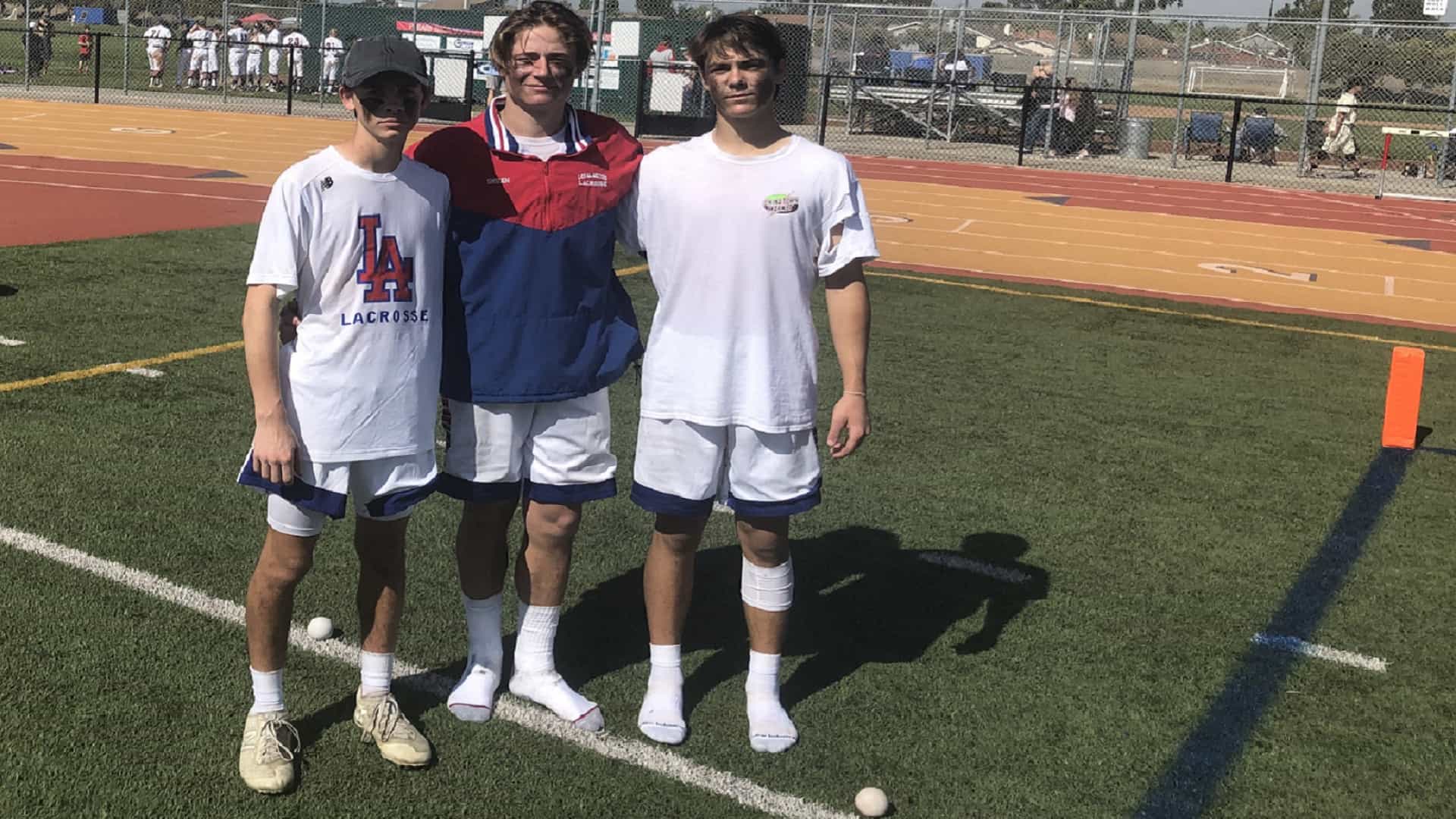 “Proud of my boys,” Griffins coach Tim Fox said. “One game at a time.”

Los Alamitos’ defense stood out, as it shut the Wolfpack out in the first half. Offensively, the Griffins controlled the ball, keeping Great Oak goalie Ryan Richters busy, recording 29 saves.

“Defense shut them down, they only had two goals. We played good on the [groundball] game and we got a lot of faceoffs. Just need to finish the ball more,” Shean said regarding the victory.

The Griffins took a 6-0 lead into halftime and controlled possession throughout the game.  Great Oak tried to claw its way back into the game early in the third quarter when Michael Richters ended Los Alamitos’ shutout bid with a goal at the 4:16 mark of the third quarter. A minute a 14 seconds later, Brandon Donatelli scored to make it 6-2.

However, that was the last goal the Wolfpack scored, as the Griffins’ defense, anchored by goalie James Hightower (five saves) and defenders Julian Jenkins and Grant Emfinger, kept them off the board the rest of the way.

Connor Engel, Nico Kozachencko and Thomas Dentzer each had one goal for Los Alamitos while Shean added four assists. Shean, who also plays basketball for the Griffins, played in Saturday’s game less than 24 hours after the boys basketball season ended for him yesterday night.

“They’re [basketball and lacrosse] pretty similar sports just like good crossover sports, a lot of transition stuff. My body’s not perfect from it [basketball], but it’s fine,” Shean said.

Great Oak first-year coach Pat Hornback was proud of his team despite losing. After the game, Hornback spoke with former Great Oak coach Karl Rohlin regarding his coaching debut.

“I’ve coached with Karl in the past and he’s the guy who started our whole program. It’s awesome to have that asset on the field and being able to draw on that experience is fantastic,” Hornback said.

Next up for Los Alamitos (1-0), an away game at Foothill on Wednesday at 7 p.m. For Great Oak (0-1), its next game is against San Juan Hills on Tuesday March 3.