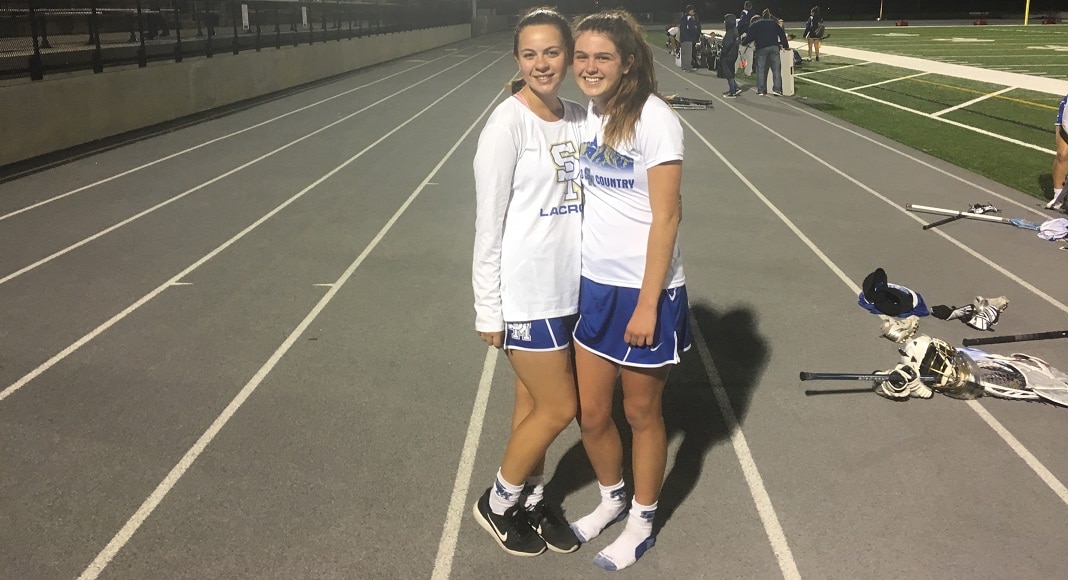 In a battle of two teams that had first-year head coaches, the No.4 Santa Margarita girls’ lacrosse team had enough in the tank to beat No.12 Newport Harbor, winning by a score of 11-7 on Tuesday at Newport Harbor High School. Sidney Ruiz and Aidan Pike recorded hat tricks to pace the Eagles.

Despite the eight-team gap in the rankings, the Sailors gave the Eagles all they could handle for most of the game and showed they may be the team nobody wants to meet in the playoffs.  The Sailors showed that they would not be pushed around on their home turf from the outset, scoring the first two goals of the game.

Playing like the playoffs may have started a little earlier than planned the Eagles clawed back and scored four unanswered goals to take a 4-2 lead into halftime.

“I think everyone, especially at the end of their season, is playing their best lacrosse. It’s always all out, any of these teams are 100% capable of beating each other, so I never take anyone lightly,” Eagles coach Kirstyn Atkinson said.

Whatever momentum the Eagles had going into the intermission was lost when the second half began.  The Sailors began to rally, as they tied the game at 4-4 with two straight goals. Almost four minutes later, the Sailors led 7-4 at the 15:26 mark after Kobe Richardson‘s transition goal.

But just like the first half, the Eagles found a way to shut out the Sailors’ offense, as they dominated the draw controls. The Eagles scored four straight goals to take the lead at 8-7 forcing Newport Harbor into a timeout.

The timeout didn’t really change much, as the Eagles scored insurance goals, used the clock to their favor and used their defense to guide them to their second straight victory with the playoffs in one week.

“The key is always draw controls. We always talk about that more so than ever. We kind of have a running joke, ‘if you win the draw, you rule the world,’ and it’s kind of true especially in this game. Everything else started to fall into place after that,” Atkinson said.

In addition to the Ruiz and Pike hat tricks,  Katelyn Murphy and Maddie Bush each scored twice. Kendal Orrantia scored for the Eagles, which got 11 saves from Victoria Hoffman.

Maddie Bush of Santa Margarita’s girls lacrosse team posed with some young fans, a.k.a. her fan club, after the game. Very nice of her to do after the game. Bush was a key part of the Eagles’ win over Newport Harbor. pic.twitter.com/SyakFR3sCt

Delaney Knipp led Newport Harbor with a hat trick while Joelle Rothbard, Caroline Farley, Mariana Miller and Richardson found the back of the net once apiece. Willa Rath made 10 saves for the Sailors.

“I think we lost a little bit of focus. We let them get the momentum and that’s something we’re learning from now. If we possess that ball and protect it, we’re going to be unstopable,” Sailors coach Brooke Martini said.