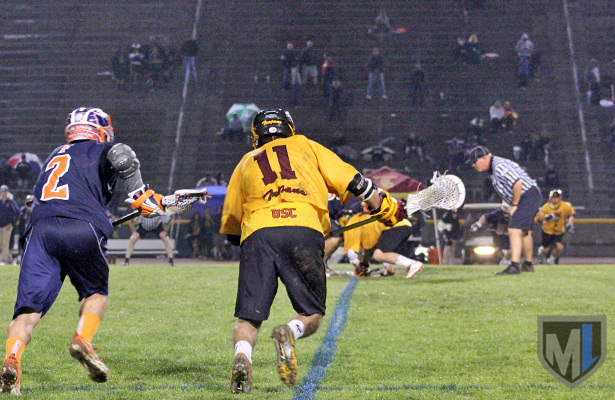 For the third year in a row, Royal HS in Simi Valley will play host to the USC Trojans and an MCLA game, this one taking place Sunday, Feb. 28, when the Florida Gators come to town (5 p.m., Royal HS).

Two years ago, Cal-State Fullerton faced USC at Royal in a driving rainstorm, and last year it was Boise State taking on USC at Royal.

On March 8, Simi Valley HS will take its turn, playing host to a game between USC and Dominican University.

And yes, there’s a reason. Royal coach Stu Sanderson and Simi coach Bijan Nickroo both are on the board of Simi Valley Lacrosse (Sanderson is the current president). And Sanderson said the two coaches believe in building bridges, first from the youth program to the town’s two high schools, then from high school to college.

Sanderson said he wants those kids to aspire to play in high school — Royal and Simi only began offering CIF sanctioned lacrosse in 2013. And he wants high school students — lacrosse players or not — to aspire to go to college. Bringing college teams from a variety of schools and locations to town is one way to expose Simi-area students to a wide range of possibilities.

Come on out to see USC vs Florida at Royal Stadium 2/28 at 5pm. It's a fundraiser for our program pic.twitter.com/kQymOOnWz0