No. 13 Royal Beats El Camino for Fifth in a Row 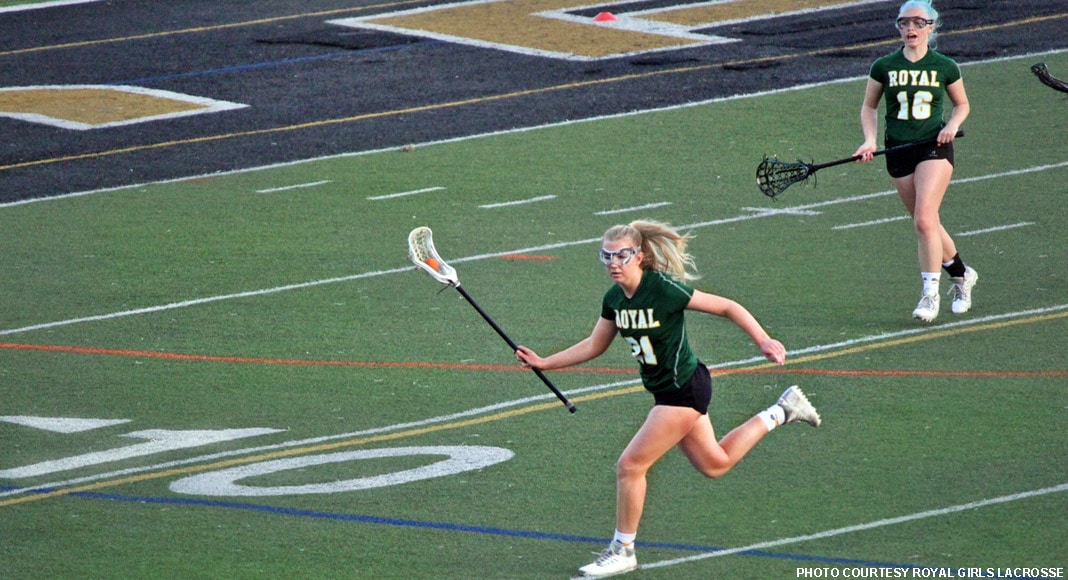 Coming off an upset victory over No. 4 Oak Park and with a showdown at No. 5 Chaminade looming next week, the No. 13 Royal Highlanders coasted to a 20-2 victory over visiting El Camino on Friday. The win extended Royal’s winning streak to five games.

Ten different players scored for the Highlanders (8-4), who jumped out to a 12-2 lead at halftime and never looked back.

Defensive players Keeley Harris and Maddie Arrasmith each got into the act, as well, contributing a goal and an assist each.

Senior Dominique Surabian was held out of the game for a mild concussion sustained late in the win over Oak Park, but she is expected to be cleared to play against Chaminade on Tuesday.