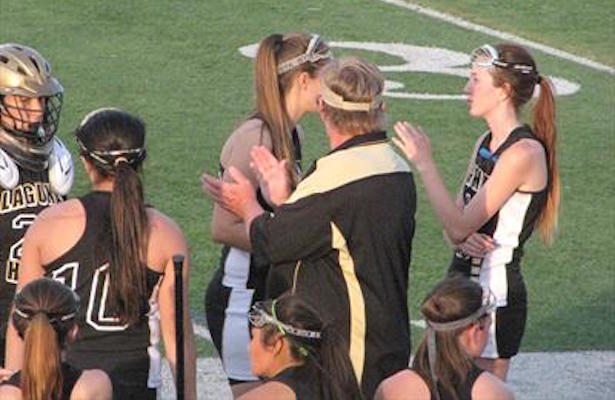 Led by 9 goals from Mia Roth, Laguna Hills spoiled Senior Night for No. 15  Mission Viejo by taking a 16-13 victory.  The win  secured the Sea View League Championship and a perfect 8-0 league record for the Hawks.   The win completed an impressive turnaround this season for the Hawks who started at 1-7 before winning their final 10 games, including five wins against Top 20 teams.

The Diablos mounted a second half charge, led by junior Maryn Macha, who scored all three of her goals in the second half.  Junior Shelley Cummings and Marissa Meissner added three goals apiece for the Diablos.  Mission Viejo took second place in the Sea View League with a 6-2 record.