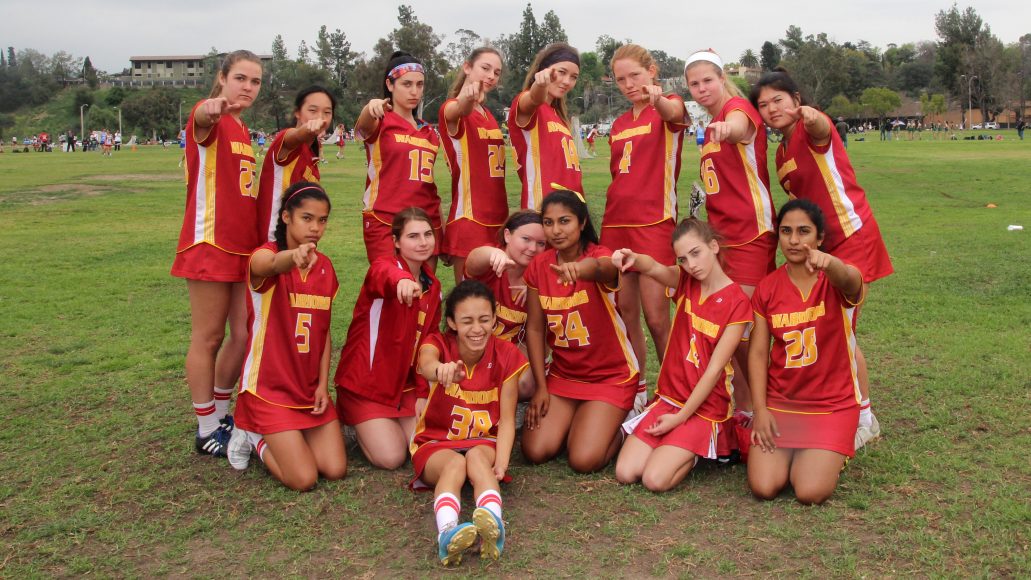 “Four score and seven years ago we started out with six teams,” Rose Bowl Jamboree founder Joe Campbell told MaxLaxOC.com, “We were rained out for one, but this is our 15th year.  At one point we had 48 teams.  This year we have 38, and we’ve added JV.”

The Jamboree was started in 2003 by the San Gabriel Valley girls’ lacrosse team and their families.  In 2009 the format was changed to include CIF teams.  Campbell says, “The initial launch for the event started out with a league.  No one knew how to play, so we held this to learn how the game works.  Now it’s low pressure and you see teams you don’t see in regular season.  We come to this beautiful setting, and the general attitude is to have fun.”

Corona del Mar Coach Tom Messmer said this was his 9th career Rose Bowl Jamboree.  In the past, he had coached five for Beckman, three for Sage Hill, and returned for his 9th with CDM.  “I have a lot of respect for Joe because I know the Jamboree raises money for programs in the area.  And it’s such a great bonding event. You get six hours of lacrosse and watch your whole team come together in one day.”

The CDM Sea Queens took the Cal Pro bracket championship with a 7-5 win over Beckman.  The champion team of the Brine bracket was Aliso Niguel, led by recent Cal commit Quinnlyn Mason and senior defender and captain, Briana Cialdella.

“We’re a really tight knit team, with no cliques,” Cialdella told MaxLaxOC, “We mesh well.  In our games we calmed down, passed the ball, and kept possession.  We let loose and had fun!  This is my fourth Rose Bowl.  I always have a great time.”

Scores for the Varsity brackets are reported below:

Michelle Mendoza is a graduate of El Toro High School and Chapman University, where she played NCAA D3 lacrosse. Follow her on Twitter@michelledm18.