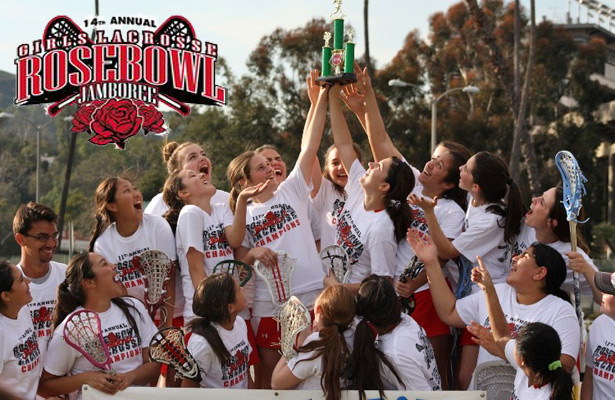 The 14th annual Rose Bowl Jamboree takes place Saturday, March 5, in Pasadena, featuring 32 CIF high school varsity teams and six JV teams from programs in Los Angeles, Ventura and Orange counties. Included in that group are 10 of the 16 teams that qualified for the US Lacrosse Southern Section North playoffs last spring, and six from the US Lacrosse Southern Section South bracket.

Games begin at 8 a.m. Saturday and conclude with the final round of games at 4 p.m. Games will consist of two 20-minute running halves, and while they won’t count toward the season standings, some matchups could provide insight into the season ahead.

The 32 teams are divided into four eight-team brackets. Here are some highlights:

This group is comprised entirely of teams that made the US Lacrosse Southern Section playoffs last year, four each from Orange County and the LA/Ventura region:

If Oak Park and Redondo each win their 9 a.m. opening games Saturday — against Corona del Mar and Newbury Park, respectively — they will meet in the second round at 11 a.m.

Likewise, if Los Al beats Woodbridge and Beckman beats Glendale, both at 9 a.m., it would set up a second-round game between two OC semifinalists from last year.

For full schedules, brackets and other tournament details, visit http://rosebowljamboree.com/.