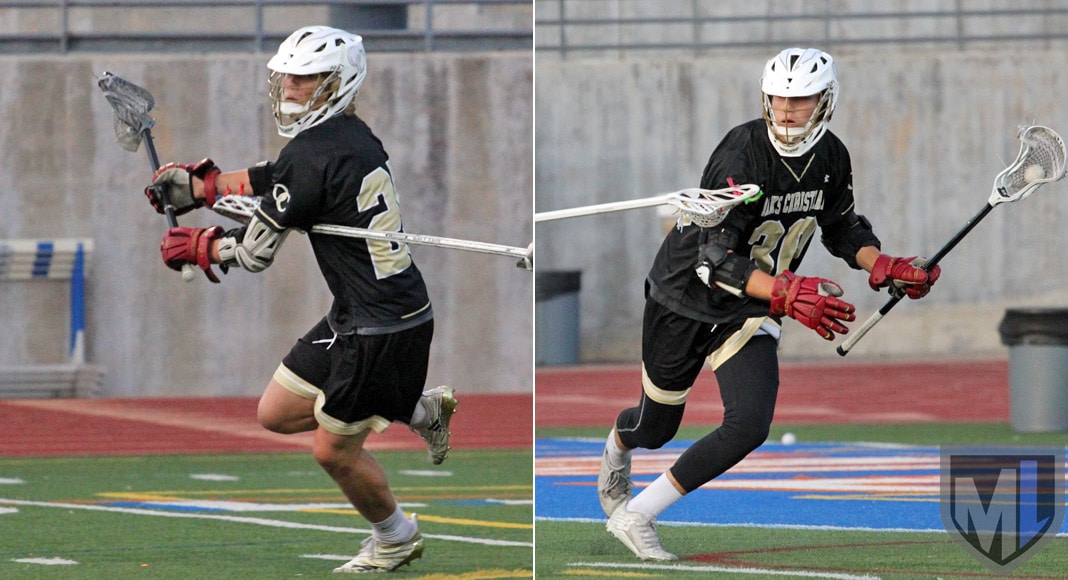 The Lions led 13-8 entering the fourth quarter, but the Lancers came roaring back with five unanswered goals to open the period. Oaks added an insurance goal to make it 14-12, and Thousand Oaks again pulled within one, but that’s where it ended.

Oaks had jumped out to a 6-0 lead to start the game, scoring its first goal within the first 35 seconds. But T.O. rallied, scoring three in a row to end the quarter and foreshadowing the comeback ahead.

The Lions (10-4, 5-1) led 6-3 after one quarter and 9-7 at halftime but couldn’t put the Lancers away, even after building that five-goal lead heading to the fourth period.

The Rogers brothers accounted for eight of the Lions’ goals, with Mike Spaeth (2g, 2a) and Spencer Lewis (2g) contributing multiple goals and Ronnie Redell and Presely Regier scoring one each. Carson Campbell picked up two assists.

Oaks Christian now must prepare to play at No. 7 Agoura on Wednesday, then home against Calabasas on Friday. The Lions’ first meeting with the Chargers this season went three overtimes before Oaks pulled out the victory.