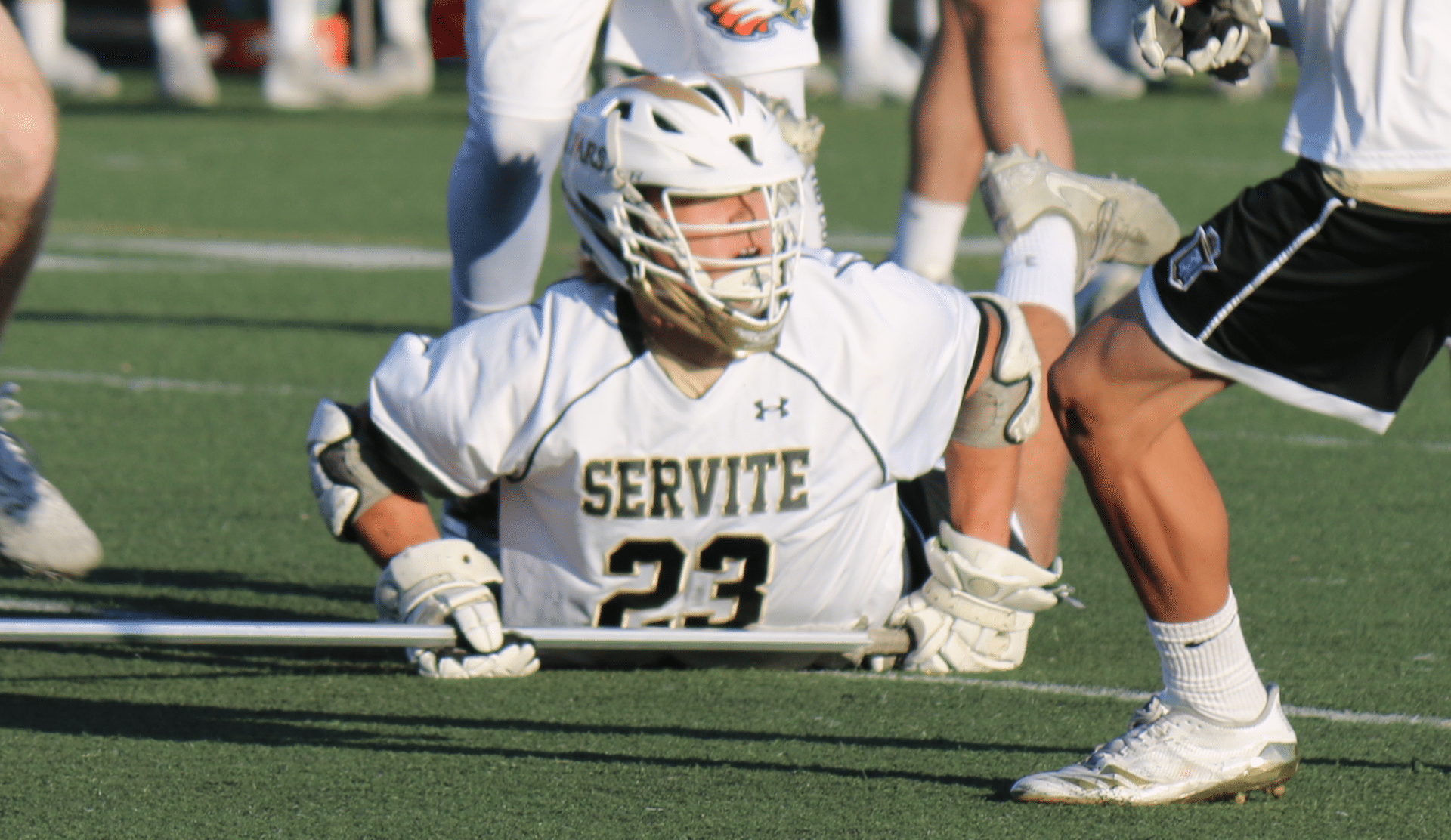 With the first coaches poll due to be released on Monday and Trinity League play ready to begin, captain Hayden Rodenbeck (2 goals) delivered in overtime to give the Servite boys lacrosse team a much-wanted 10-9  victory over Mount St. Joseph (MD).

The Friars entered the game with a 4-7 record that has been difficult to assess because of a strength of schedule that LaxPower ranks second in the Southern Section behind only St. Margaret’s.  Their Friars’ losses have come against teams with a combined record of 56-16.  A win against the Gaels of Maryland could only help the Friars state their case that they are better than their record shows.

The Friars were on the board first on Friday thanks to a goal from Zach Williams (3 goals). However, the Gaels saw the Friars’ lone goal and quickly raised them two.  The early deficit did not deter Servite though as it came roaring back to take a 5-2 to end the opening period.

In the second quarter, Friars’ Alex Paz (3 goals, 1 assist) scored to give the Friars a 6-3 lead.  The teams continued to trade goals into the fourth period, and a Friars’ 8-5 lead was beginning to look like it would be enough to hold up.

However, the Gaels weren’t finished yet, and they pecked away at the lead until they evened the score at 9-9 with 1:15 left in the game.

After giving up a late three-goal lead to Notre Dame Prep in Wednesdays’ heartbreaking overtime loss, the last thing the Friars wanted was a repeat.  So seniors Charles Daniels and Rodenbeck took matters into their own hands. The golden goal came when Daniels won the OT face-off and shoveled a pass to Rodenbeck, who then ran half the field and rifled a shot into the net.

Daniels with the faceoff win and Rodenbeck with the game winner in OT!! Friars beat Gaels 10-9! @ServiteSports @MaxLaxinc @SoCalSidelines pic.twitter.com/1bGeGZMCDg

Up next, Servite won’t play again until Tuesday when it takes on Santa Margarita in a Trinity League opener for both teams. Mount St. Joseph will conclude its California road swing with a match against their hosts St. Margaret’s on Saturday.