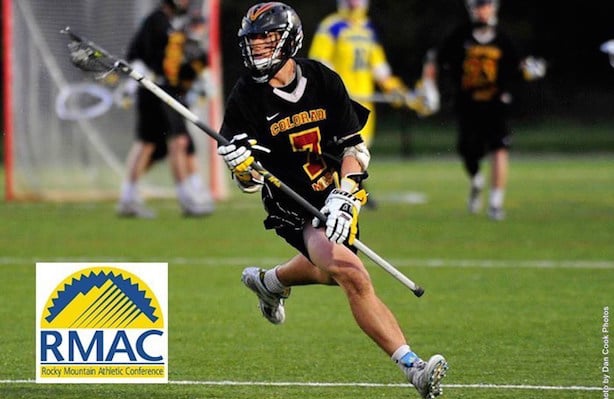 The opportunities to play NCAA lacrosse in the west expanded with the announcement that men’s lacrosse is being added as an official Rocky Mountain Athletic Conference sport starting in the 2015-16 school year. Participating members will be Adams State University, Colorado Mesa University, CSU-Pueblo and Westminster College. Rockhurst University (Kansas City, Mo.) will also participate as an associate member.

“Lacrosse has been the fastest growing sport in the NCAA and we are pleased to support the program for our male student-athletes while enhancing the development of the sport within the Rocky Mountain region,” said RMAC Commissioner Chris Graham. “It is always rewarding when the membership can expand competitive opportunities.”With the addition of men’s lacrosse, the RMAC now sponsors 23 sports, the most in the 105-year history of the conference. This is the first men’s sport added to the RMAC since men’s swimming and diving in 2008. Women’s lacrosse became an official RMAC sport in 2013.

With Adams State and Colorado Mesa already being popular destinations for Orange County players, the new Division 2 league is likely to be very attractive to up and coming players looking for opportunities to stay in the west.

Orange County alums on the CMU roster this year included Steve Brandenburg (Los Alamitos), Jake Douglas (Tesoro), and Blake Hobel (Esperanza).  The J Serra trio of Cole Schleppy,Logan Olmsted, and Nick Georgagi and the Aliso Niguel duo of  Jonah Rinaldi and Michael Marino are all expected to play for the Mavericks in 2016.