Registration for Spring Run and Gun 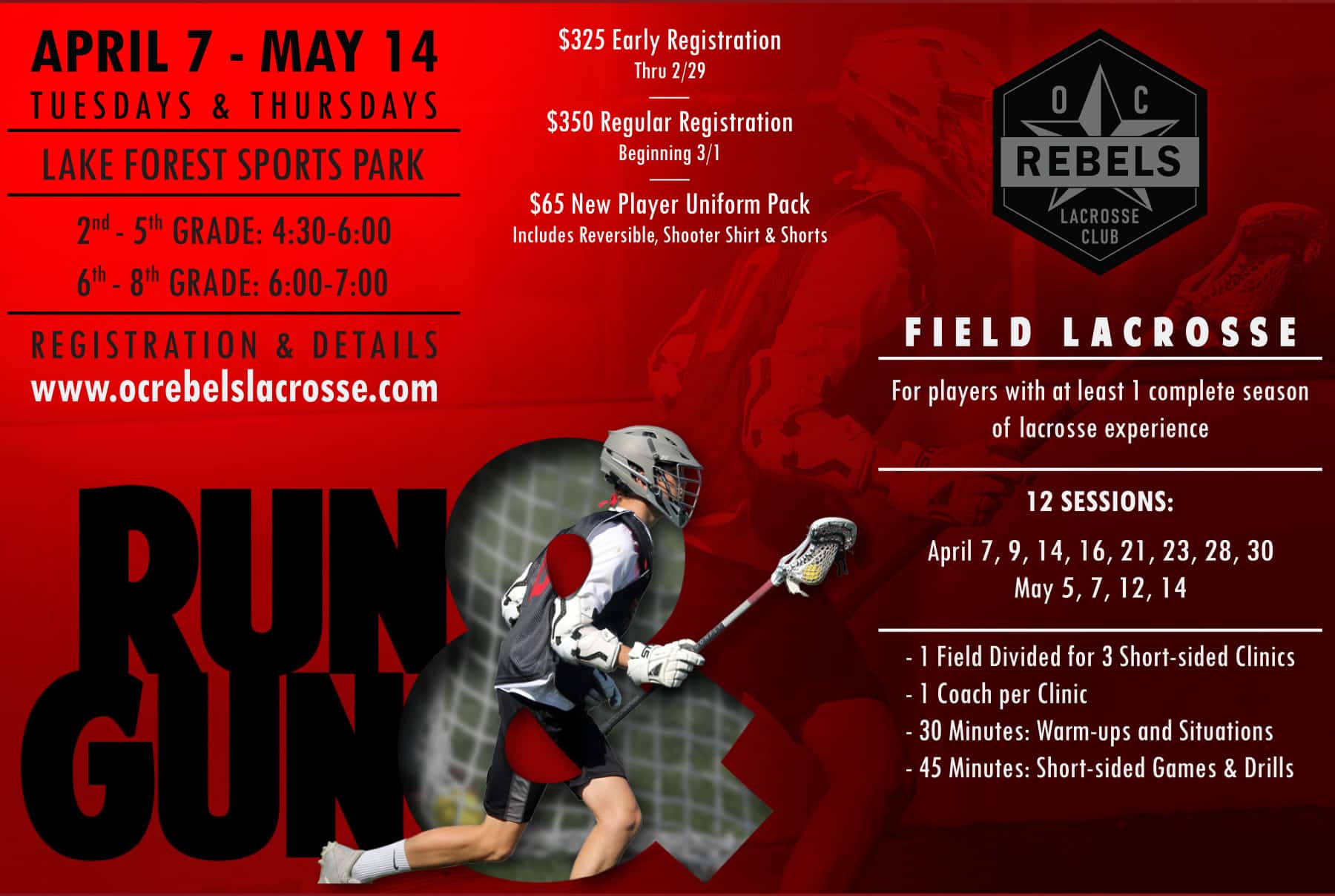 The OC Rebels have opened registration for their Spring Run and Gun.

Practices are Tuesday/Thursdays at Lake Forest Sports Park. Format is 30-40 minutes of skill work followed by a division of players and short sided (7 v 7) games.

This is a great way for the guys to keep the stick in their hand, play with friends and have fun. In the spring most programs lie low as coaches are engrossed in high school season. we are lucky to have Greg and a few of our other coaches who are able to coach during the spring season.

Additionally, we are organizing teams to participate in the OCLA as well. Teams are formed on a first come first serve basis, and provides an additional 6-8 games in the OCLA. Coaches are pulled out of our bullpen of coaches so there may be a different coach each weekend. The kids will know the coaches as they will be at most will be at run and gun sessions on tuesday/thursdays.

To be on the OCLA team, players need to play in the run and gun. We are working to find the balance in the spring for players as some are playing other sports (hence the option just to do run and gun) while others are looking for more (hence the addition of the OCLA).

Players must play in Run and Gun to be on an OCLA team.