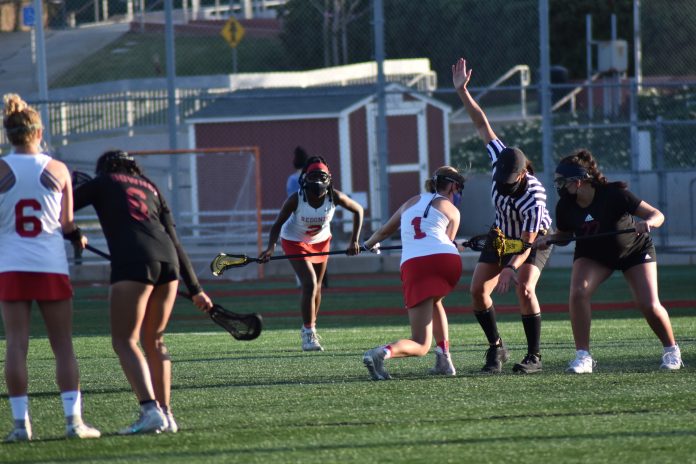 The Redondo Union girls lacrosse team started off a three game home stand on Monday with an impressive 15 – 4 win against the Downey Vikings.

The Vikings started off the game with a quick score within the first minute, and the Seahawks responded, scoring quickly and never looking back the rest of the way.

The Seahawks defense swarmed the Vikings every possession, making it very difficult to clear the ball and complete passes for most of the game. Redondo Union’s tough defense was lead by junior captain Asjia Roberson and junior goalies Morgan Wlaschin and Maddie Travis.

With the win, the Seahawks remain undefeated and move to 6-0 on the season.   The Seahawks’ next game is Wednesday April 21 at home vs. Mira Costa. Downey host Orange Lutheran on Saturday.