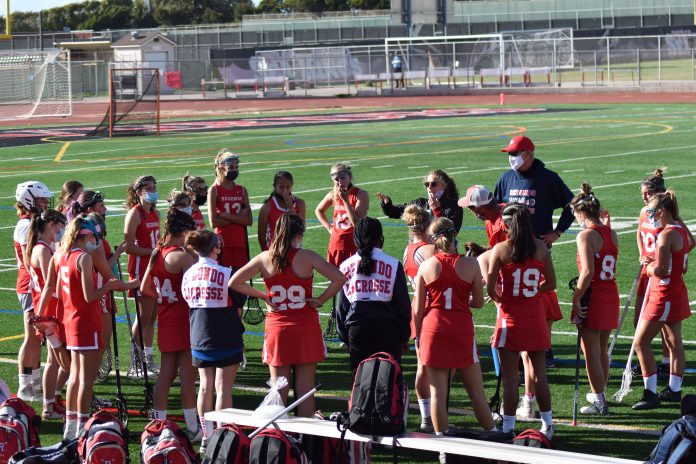 The No. 5 Redondo Union girls lacrosse team broke with tradition on Monday and walked away from their game Bay League rival Palos Verdes with a comfortable 17-7 victory. Like many great rivalries, the intense showdowns between these two LA County powers are often decided in the final minute. This year was the exception.

In a playoff like atmosphere in Palos Verdes, the Seahawks jumped out of the gate fast and furious with an 11 – 1 lead at halftime and never looked back.

Redondo Union now takes control of the Bay League and continues to impress within the new CIFSS landscape.  Next Games: Redondo Union at home vs Glendale on 5/5 and Palos Verdes at home vs Mira Costa on 4/29.