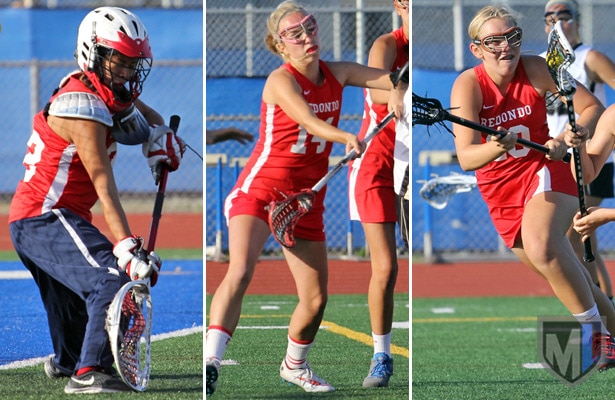 Last spring, the Redondo Union girls lacrosse team flourished behind senior Maddie Farmer and junior Allison Shamir, winning the US Lacrosse LA title and advancing to the Southern Section championship game for the first time since 2011.

The Sea Hawks lost an 11-10 decision to Foothill on a goal with only 24 seconds to play, and both Farmer and Shamir departed — Farmer to graduation and NCAA D-II Colorado Mesa and Shamir, who is committed to Navy, to a move back to Long Island, N.Y.

Nevertheless, Redondo coach Tom Borgia said he fully expects his Sea Hawks to be right in the thick of things again this season. Here are his comments on the 2016 Redondo Union girls lacrosse team:

“Our expectations for the season are the same as always: Compete for the Bay League title and the LA championship. We have a lot of solid returning players and are well balanced on both offense and defense.”

“… We win our eighth-straight league title and advance to the LA finals.”
— Redondo coach Tom Borgia