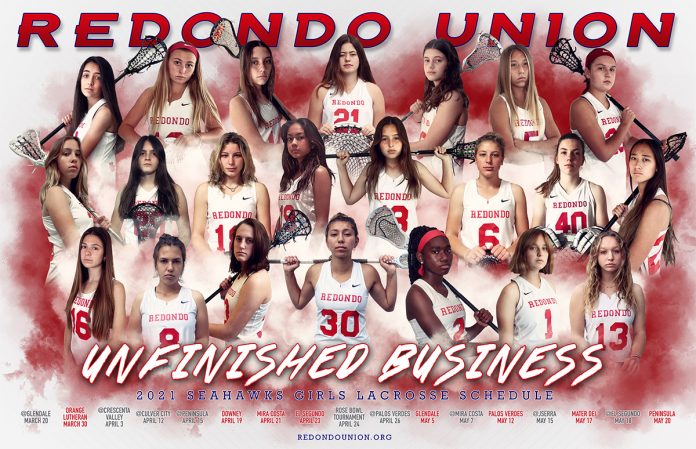 The 2021 Redondo Union Lacrosse Girls team has been eagerly waiting for over a year to get back on the field and finish what they started last season.  When the 2020 season was cut short, the Seahawks were in the midst of a 5-game winning streak.  The 2021 team has come out the gates focused and determined.

After Saturday’s 18 – 6 win against Cresenta  Valley, the Seahawks move to 3-0 on the season.

The Seahawks have traditionally had very good teams with several key players in the past; however, this year’s team is showcasing strong talent on both sides of the ball.

Redondo Union has dominated teams both offensively as well as defensively. They have out scored opponents 61-15 over three games.

The Redondo Union defense has been relentless this season,  frustrating opponents and causing double-digit turnovers per game.

With an abundance of talent up and down the roster, the Seahawks are playing like a balanced team and building chemistry every game. They are off to a very strong start to a very special and unique season.  The Seahawks next game is April 12th at Culver City.