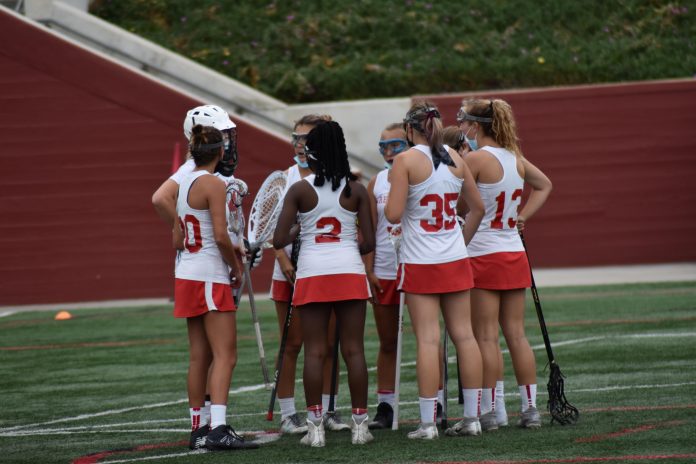 In the second match-up this season of these two Los Angeles girls lacrosse powerhouses, more was at stake than local bragging rights.  In an intense playoff home atmosphere, the Seahawks defeated the Sea Kings 16 – 8 to win the 2021 Bay League Title.

The first five minutes of the game was a very close battle with the teams tied 2 – 2.  The Seahawks’ fast paced offense, lead by senior Jordan Davis and junior Isadora Scott, kicked into high gear scoring seven goals to end the half. Redondo Union’s strong defense, lead by juniors Asjia Roberson and Morgan Wlaschin, also denied the Sea Kings at every turn – Palos Verdes did not score the rest of the half.

With Redondo leading 9 – 2 at the half, the Sea Kings attempted several exciting runs and a valiant effort to keep it close. The Sea Kings‘ attack was lead by Senior Emily Typrowicz and Junior Harper Skeie.

Redondo Union remains undefeated at 12-0. Both teams are preparing for serious playoff runs where their paths could cross again.

The Seahawks and Sea Kings take to the road for their next games. Redondo Union plays JSerra on Saturday 5/15 and Palos Verdes plays Mater Dei on Friday 5/21.