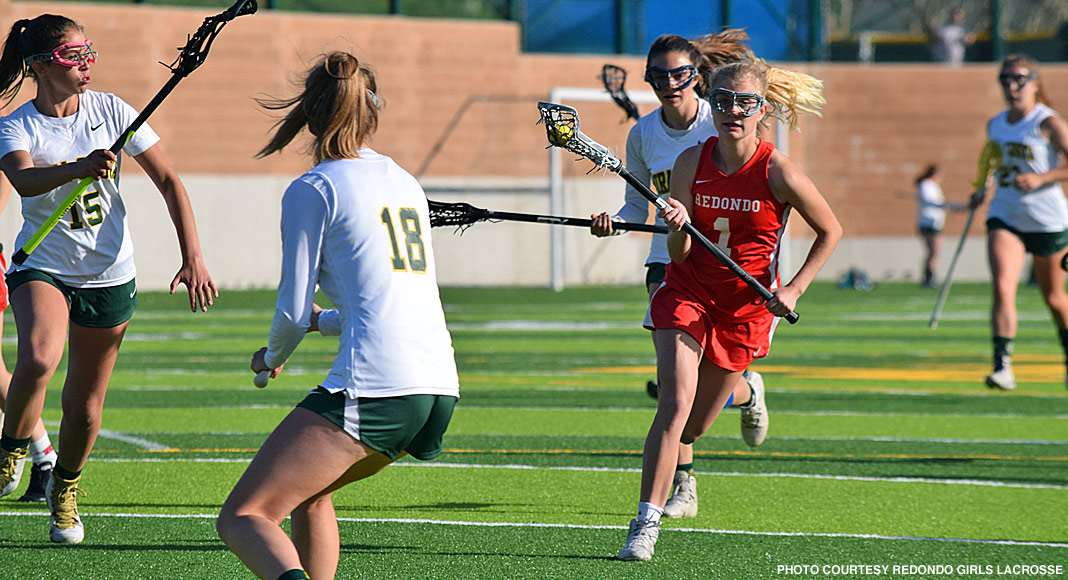 The Redondo Union Sea Hawks are playing as if they have something to prove. Since being held to eight goals by Palos Verdes in the team’s only loss March 13, Redondo has won three in a row and is averaging 19 goals per game.

Friday, the Sea Hawks (6-1) scored six goals in the game’s first seven minutes and went on to beat host Mira Costa 20-8. Emma Hodges put Redondo on the board three minutes into the game, then Jordan Davis score two quick goals in the next three minutes, followed by goals from Caitlin Hanniff (pictured), Addy Bass and Brooke Tokushige within the nest minute.

Redondo’s balanced offense kept firing, scoring seven more goals in the first half, three from Davis, two from Caroline Brand and one each from Marianna Gamet and Morgan Alonso, giving the Sea Hawks a 13-2 halftime lead. Alonso was playing in her first game since suffering an ACL injury in the LA Championship final against Agoura last May.

Redondo outscored Costa 7-5 in the second half to produce the 20-8 final score.

Redondo has scored 57 goals in its last three games and plays host to No. 6 Chaminade on Saturday at 4 p.m.

Davis led Redondo with 6 goals and one assist, and Bass had 4 goals and 4 assists.

Information and photo for this report were contributed by Redondo Union Girls Lacrosse.