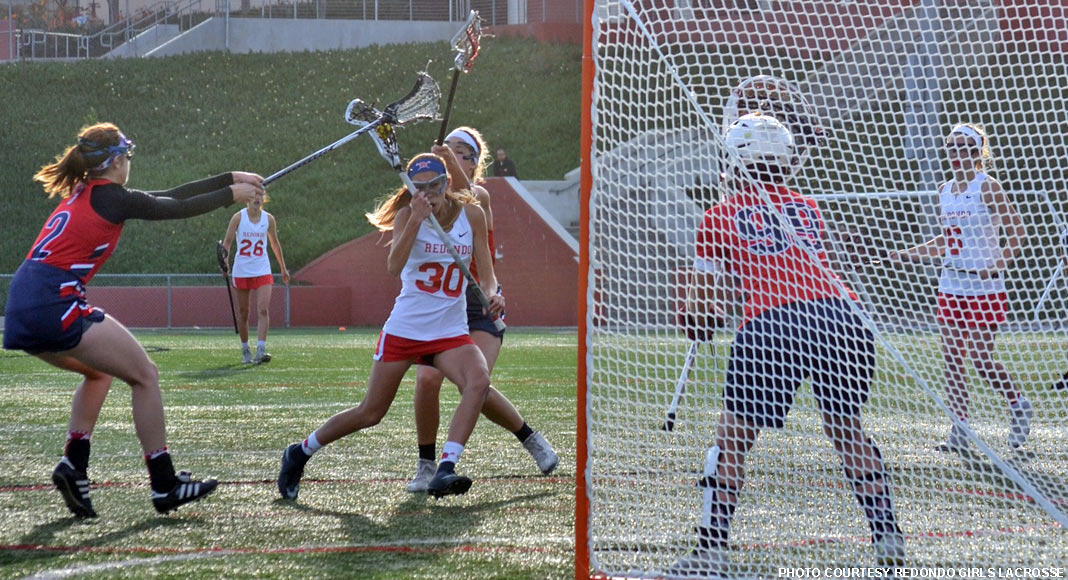 No. 2 Redondo Union and goalkeeper Eva Lovell shut out visiting Beckman over the final 10 minutes Thursday, enabling the Sea Hawks to pull away for a 14-9 victory. The Patriots, who battled from behind almost the entire game, had pulled within one at 10-9 with 10 minutes to play.

The Sea Hawks (10-2) earned their second win of the week and head into a long layoff well positioned for the stretch run. They face No. 10 Glendale (8-1) and No. 1 Palos Verdes when they return to action April 18 and 20.

Beckman (4-3), ranked No. 8 in Orange County, lost its second in a row to a top Southern Section contender. The Patriots lost 17-7 to Foothill on Tuesday. Their other loss came early in the season to Santa Margarita.

Thursday, Beckman actually scored first and led 1-0 for the first 10 minutes of the game. But Redondo rattled off four goals in a three-minute span to take a lead it wouldn’t surrender — but one it also wouldn’t be able to extend. Every time Redondo built a cushion, the Patriots answered.

When Redondo went up 4-1, Beckman scored two quick goals to make it 4-3. The teams traded goals, then Redondo tacked on two more to take a 7-4 lead into halftime.

The Patriots came out firing in the second half, however, pumping in three consecutive goals to tie the score 7-7 with 15 minutes to play. After Brooke Tokushige restored Redondo’s lead, the Patriots re-tied it 8-8. Emma Hodges and Addy Bass scored back-to-back goals to push the Sea Hawks ahead by two at 10-8, but Beckman came right back to make it 10-9.

That, however, is where Lovell and the Redondo defense clamped down. Neither team scored for five minutes, but Marianna Gamet scored with five minutes left to give Redondo a two-goal lead, and Hodges scored her fifth a minute later to make it 12-9. Sophie Ristorcelli scored in transition a minute later to ice the game, and Tokushige closed out the scoring with a minute left.