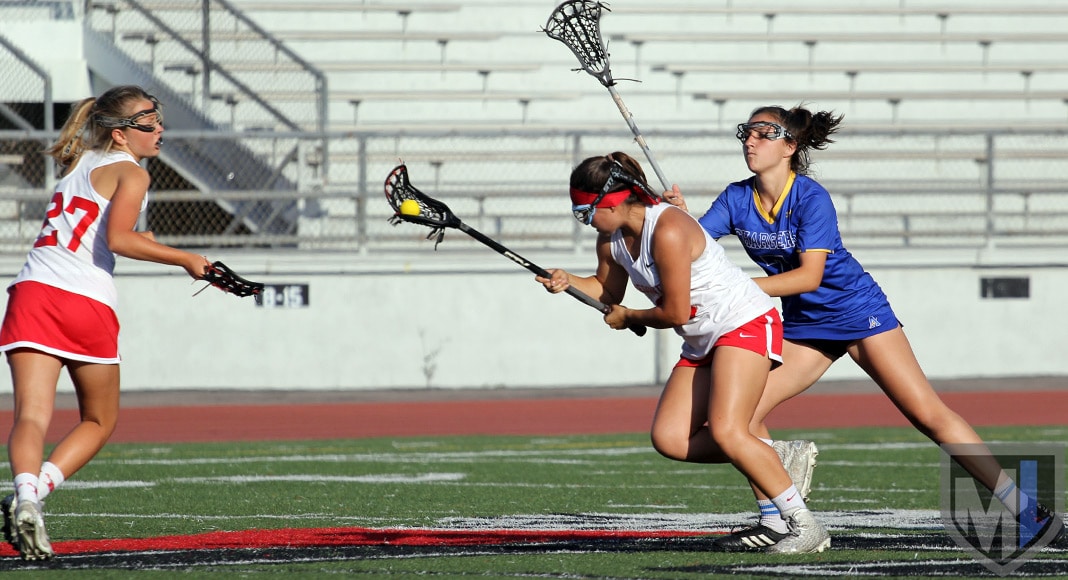 Redondo Union sophomore Marianna Gamet took over the draw circle in the second half Wednesday, sparking the No. 1 Sea Hawks to a 16-6 victory over No. 7 Agoura in the US Lacrosse LA Girls Championship Game at Glendale HS. It was Redondo’s second consecutive LA championship, fifth overall and seventh title-game appearance in the last 10 seasons.

The Southern Section championship game will be played Saturday at 11 a.m at Newport Harbor HS.

Like St. Margaret’s Redondo also rode a big second half to its championship win, breaking open a tight game with three goals in the first two minutes of the second half. Gamet was the key, controlling three consecutive draws to open the second half to give her offense a boost.

After Agoura had controlled 7 of 12 first-half draws behind junior Piper Spindle, the Sea Hawks made some changes and controlled 7 of 11 in the second half. That enabled Redondo to turn a 7-5 halftime advantage into a blowout.

“We tried to change it up a little bit, with different people in different places,” Redondo coach Tom Borgia said. “We went through three different girls at the circle. Piper’s a beast. The key to the game was going to be whoever got the draw, the way the first half was going.”

Gamet controlled the draw to open the second-half draw and scored her third goal of the game only 19 seconds into the half to set the tone. She then controlled the next two draws, and senior Alison Shafer scored on each possession, pushing Redondo’s lead to 10-5 at the 22:59 mark. The Sea Hawks scored again 90 seconds later and tacked on five more before the Chargers scored their lone second-half goal.

“We came out with four quick ones, and that was pretty much the end of it,” Borgia said. “You try to come out and cover us at 16 meters, we’re really fast and we have a lot of girls.”

Agoura was able to stay with the Sea Hawks in the first half by controlling draws and possessing the ball on offense, the denying Shafer on the defensive end. The Chargers actually led 3-2 with 14:34 to play, but Shafer scored her only first-half goal at the 10:55 mark to tie it 3-3.

Spindle and Chelsea Boots each scored three goals for Agoura.