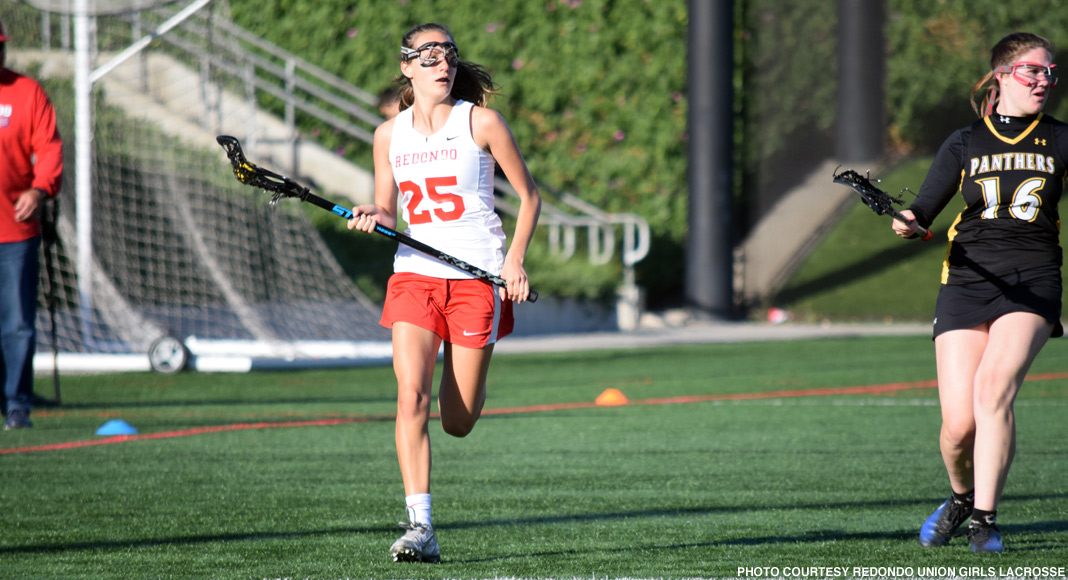 Top-ranked Redondo Union came back from a 10-day layoff Wednesday, and its offense looked like it didn’t miss a beat, running out to a 7-0 lead in the first 12 minutes and defeating visiting No. 22 Peninsula 20-7 in a Bay League game.

Redondo made sure to get everyone back in action after the long break, and seven players wound up finding the net for the Sea Hawks. Addy Bass (6g, 1a) led the Sea Hawks’ offense, and Jordan Davis (4g), Emma Hodges (2g, 3a), Brooke Tokushige (3g, 1a), Morgan Alonso (2g) and Caitlin Hanniff (2g) all contributed multiple goals. Freshman Asjia Roberson (1g) scored her first goal of the season.

Redondo came out firing, with two goals each from Bass, Tokushige and Hanniff and one from Roberson to take a 7-0 lead. After Peninsula got on the scoreboard, Redondo answered with five more to lead 12-1. Davis scored three in that stretch, while Hodges and Bass each had one. After another Peninsula score, Redondo added goals from Alonso and Davis in the last minute for a 14-2 half time lead.

Redondo (11-1) takes an eight-game winning streak into Friday’s Bay League finale at home against No. 14 Mira Costa. The the Sea Hawks prepare for a visit from OC No. 1 Foothill next Wednesday.