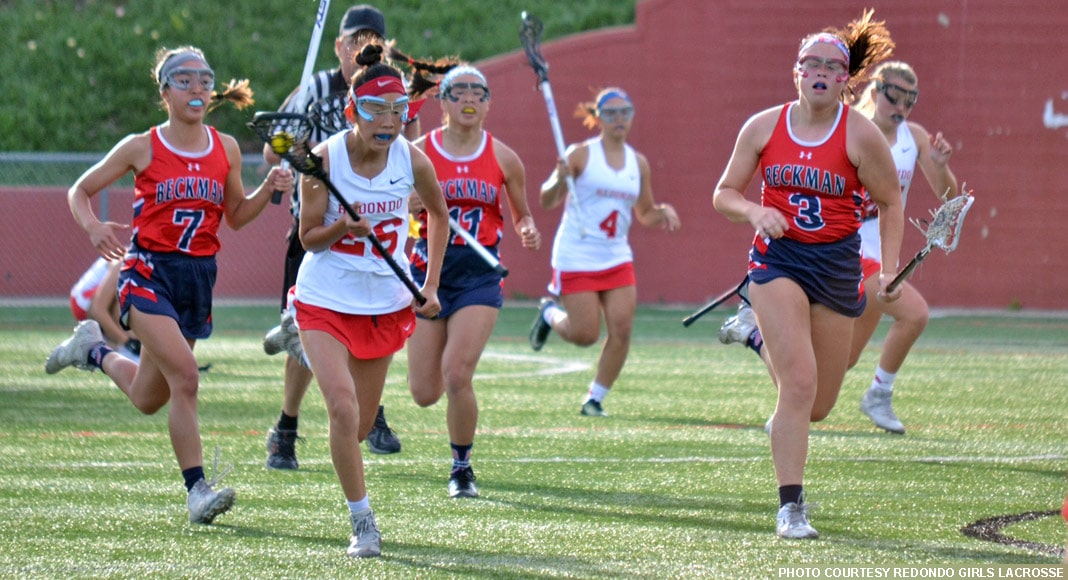 Coming off a two-week break since their last game, the No. 1 Redondo Union Sea Hawks took a little time to warm up Wednesday, but they ultimately ran out to a big lead and beat visiting No. 11 Glendale 15-8.

Redondo last played on April 5, a 14-9 win over Beckman. Wednesday proved to be an excellent warm-up for Friday’s showdown with PV.

Glendale (9-2) jumped ahead early, taking leads of 3-1 and 5-3. But the Sea Hawks rattled off five goals in a row to lead 8-5 at the half. Sophie Ristorcelli scored three first-half goals, and Emma Hodges and Addy Bass each scored two.

Glendale scored to open the second half, but then Redondo’s defense clamped down, holding the Nitros scoreless for the next 15 minutes. In that 15-minute span, Redondo’s offense scored seven unanswered goals to put the game out of reach at 15-6. Glendale scored two late goals for the 15-8 final margin.

Midfielder Marianna Gamet kept possession in the hands of the Sea Hawks offense at the draw circle, especially in the second half when Redondo controlled 10 of the 11 draws.