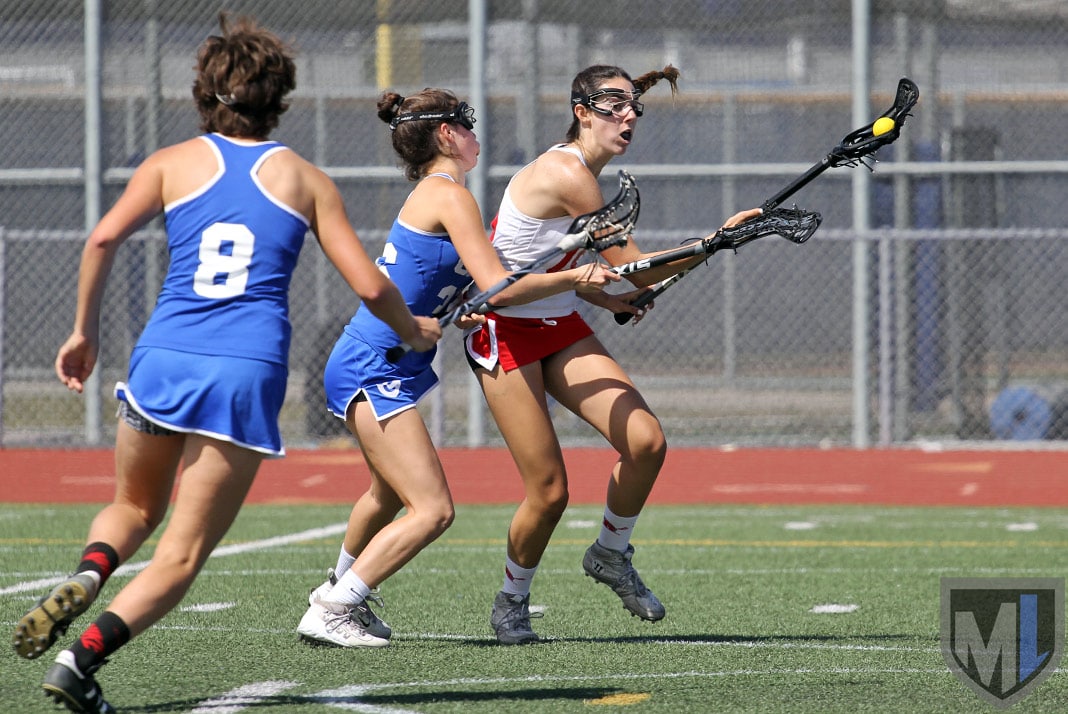 Top-seeded and defending US Lacrosse LA Girls champion Redondo Union raced out to a 5-1 lead in the first nine minutes of its semifinal contest Saturday and routed No. 4 Cate School 19-5 to reach the title game for the fifth consecutive season.

The Sea Hawks (17-2) will face No. 7 seed Agoura (13-6) for the LA championship on Wednesday at Glendale HS. The Chargers defeated No. 6 West Ranch 15-13 in Saturday’s first semifinal.

After spotting previously undefeated Cate a 1-0 lead, Redondo quickly rattled off five in a row and took control.

“Our offense is pretty incredible,” coach Tom Borgia said. “We have Emma Hodges on the circle and, literally, any ball that’s within 10 feet of her is hers. Really fast and a great nose for the ball. And we have all seven girls on offense back from last year. Our norm is 15 goals and probably 10 assists.”

“We wanted to go to Shafer early from behind, because she’s our best assister,” Borgia said. “But we have a lot of weapons; a lot of players who can do damage. It’s a really well balanced team.”

Shafer led the Sea Hawks with five goals and one assist, but the team’s balance was on display throughout the scoresheet. Tokushige (3g, 3a) and Hodges (1g, 5a) each totaled six points, and Addy Bass (4g, 1a) and Sophie Ristorcelli (3g, 1a) also had multiple points. Marianna Gamet, Jordan Davis and Samantha Slatcher each scored one.

Redondo also has weapons on defense. After senior Brie Walker scored on the Rams’ opening possession, the Sea Hawks successfully took her out of the game with a shut-off strategy that forced Cate to look elsewhere to initiate its offense.

Redondo opened up a 10-3 halftime lead, then came out of the break with three more goals in the first five minutes of the second half and built its lead to 16-3 with 14 minutes to play.

Cate (16-1) hadn’t lost a game all season, but the Rams also hadn’t faced a team with as much depth, experience and ability as Redondo Union. Last year, Cate also reached the semifinals with an unblemished record only to lose 9-6 to Chaminade.