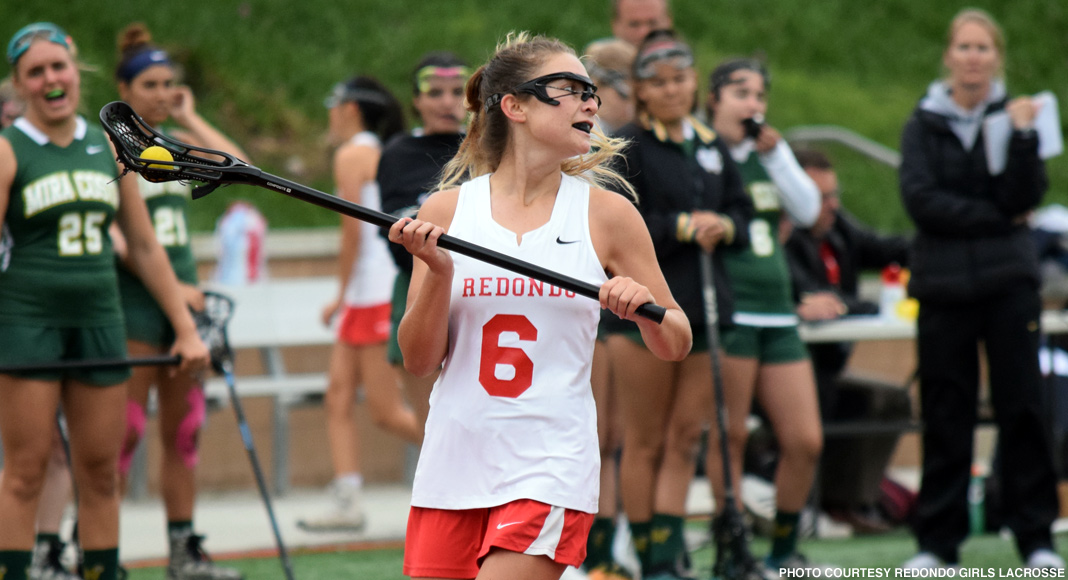 Mira Costa stayed within a goal of Redondo for the first 15 minutes, leaving the score 5-4. Once again Redondo’s defense held for the last 10 minutes of the half, blanking the Mustangs while the Sea Hawks’ offense rattled off seven consecutive goals to take a 12-4 lead into halftime.

Redondo opened the second half with five more goals before Costa got on the board again to make it 17-5, but Redondo followed with another outburst of five goals in a row to put it away.

Once again Redondo’s defense enabled the offense to get rolling, shutting out Costa for three 10-minute stretches in the game. During those streaks, Redondo scored 17 goals. The defense was led by Ava Blair, Sierra Dorn, Jackie Lowenstein and Anna Corkery while goalies Tatum Davis and Eva Lovell held it down in cage.

Redondo (12-1) has games remaining against No. 16 Marlborough and El Segundo, along with a showdown with Orange County No. 1 Foothill on Weds at Redondo.