Redondo Edges Palos Verdes for No. 1 in Coaches Poll 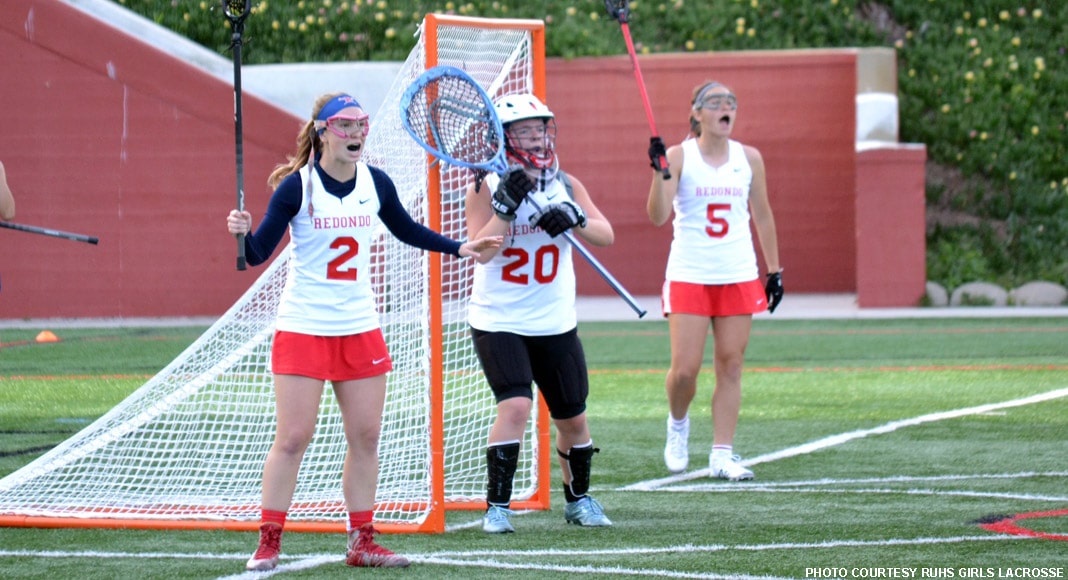 One week after moving into the top spot in the US Lacrosse/MaxLaxLA coaches poll following a Bay League win over then-No. 1 Redondo Union, Palos Verdes was knocked out of that top spot by the Cate Rams, enabling Redondo to re-claim the No. 1 ranking.

Cate beat Palos Verdes on Friday in a game in which the Sea Kings were missing at least two key players. But that victory pushed the Rams’ record to 6-0 on the season and, perhaps, reminded voters that Cate reached the LA playoff semifinals last season.

Some voters clearly marked Palos Verdes down for the loss. The Sea Kings received 10 of 20 first-place votes this week, with Redondo Union receiving nine. The other first-place vote went to Cate, which moved up from No. 13 a week ago to No. 6 this week.

The 10 voters who did not rank Palos Verdes No. 1 were split on where the Sea Kings belonged. Five voters had them No. 2 and two had them No. 3, but other ballots listed them fourth, fifth and 11th.

Palos Verdes plays No. 4 Oak Park at home on Friday, giving them an opportunity to show their true identity against a Top 5 LA team.

Below are the results of the US Lacrosse/MaxLaxLA girls LA coaches poll after Week 6 of the regular season, with 20 ballots submitted.