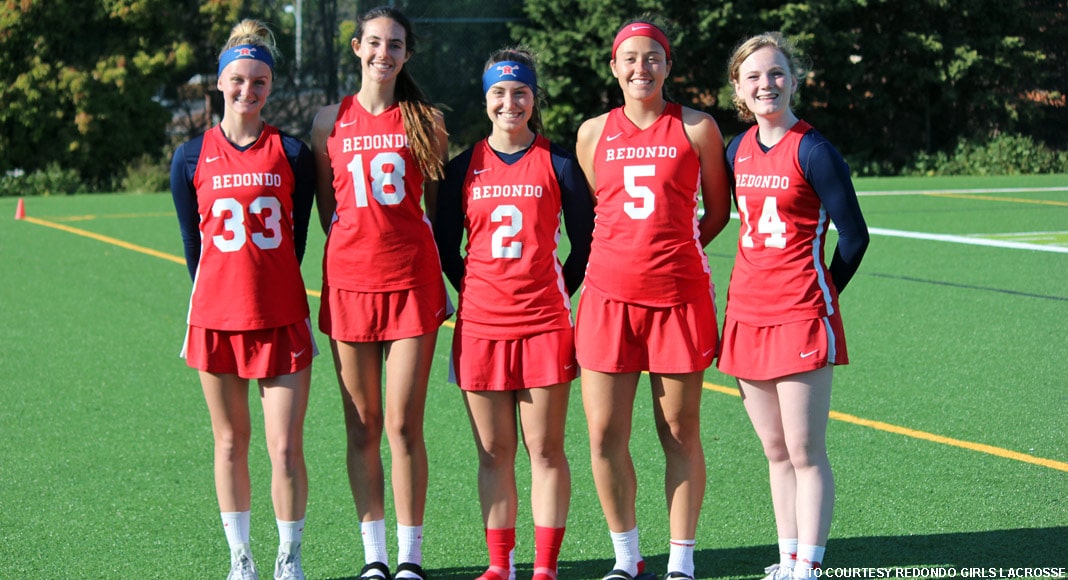 No. 1 Redondo Union wrapped up Bay League and regular season play last week with wins over Mira Costa, 18-5, and Peninsula, 19-3, to clinch a tie with Palos Verdes for the league title, the Sea Hawks’ 10th consecutive Bay championship.

The Sea Hawks’ five seniors — above, from left: Shea Fleetwood, Alison Shafer, Lisa Diethelm, Maddie Marcon and Meagan Cooley — have won the Bay League every year and have reached the US Lacrosse LA Championship finals three years in a row. They will try to make it four in a row next week. Already the seniors have compiled a record of 63-11 in four seasons, with as many as six playoff games potentially in their future.

Redondo is expected to be named the No. 1 seed in the LA playoffs and will open with a home game on Tuesday.