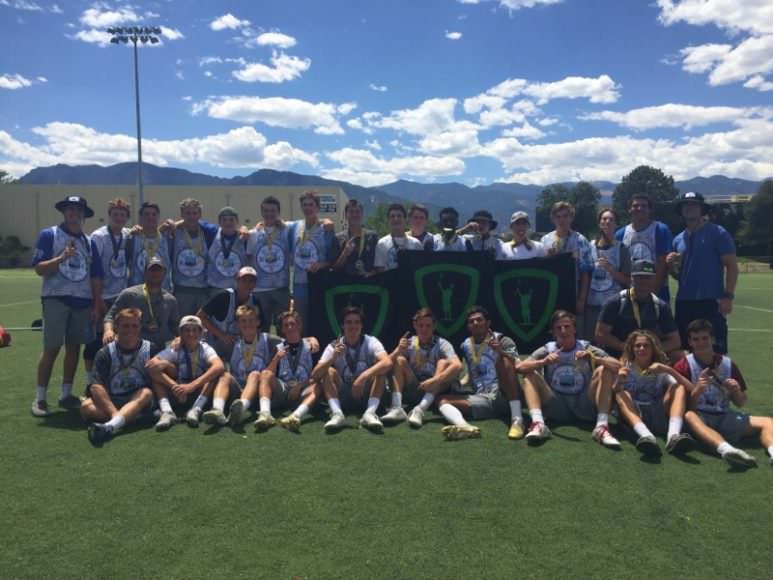 That sums up RC Starz Elite Silver performance at the Adrenaline Elite and HS Shootout in Colorado Springs, CO last weekend.  Many players on RC’s roster arrived  in Colorado directly from the grind of east coast summer tourneys. However, that did not stop them from digging in, pushing through and emerging as the Adrenaline Elite 2017 division champs.

Notable performances included Alderik Van der Heyd and Holden Evans who put up enough goals to lead an already high scoring offense.  Shayne Grant and Tournament MVP Isaiah Dawson were also major contributors to the offense and “between-the-lines”. Aidan Hesse anchored the team with his performance at X.  The combination of goalies Max McGuire and Makail “Fabs” Fraboni, supported by the defensive forces of Caden Wolfson, Blake Gagan, Noah Rubin and Jonathan Ford, left all but the toughest two opponents struggling to put points on the board.

Capping off the weekend with a nail biter championship game against Seattle Starz, Isaiah Dawson scored a goal to tie the game at 7-7 and take it into first overtime, then double overtime. Finally, RC Starz Ryan Ramirez hit Holden Evans on the run and secured an 8-7 victory.