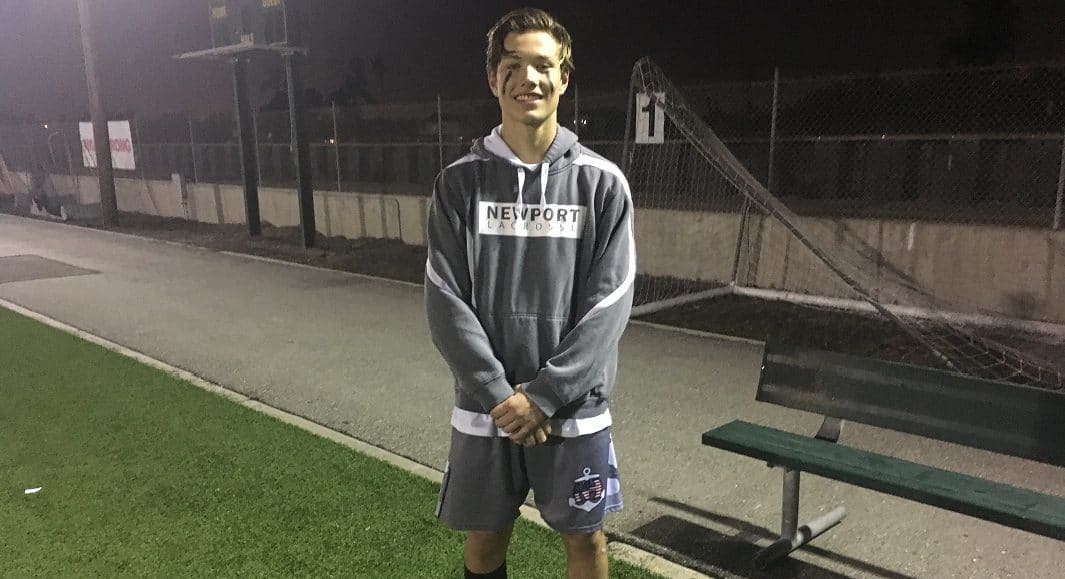 Huntington Beach – With less than seven minutes remaining and leading 8-3, it looked as if the Newport Harbor boys lacrosse team was on its way to winning its second Sunset League game of the season. But in the Sunset League, no lead ever seems safe until the final whistle blows.

Sure enough, the momentum swung with Edison and the Chargers rattled off five unanswered goals to force overtime. Fortunately for the Sailors, Zach Quinonez came up with the game-winning goal to help lift the No.12 Sailors to a 9-8 win against the Chargers on Wednesday at Edison High School.

“I mean a win is a win. I hate having it be a one-goal game because it can easily go in any way. It’s not the way I wanted it to go,” Newport Harbor coach Mark Todd said.

The game was tight throughout the first half, as both teams’ defense hardly gave an inch to the opposing teams’ offense. The two teams wound up being tied at 3-3 at halftime.

The Sailors started to turn it on in the third quarter, as they held the Chargers scoreless while putting four goals on the board to give them a 7-3 heading into the fourth quarter. A goal by Aiden Goltz gave the Sailors an 8-3 lead with 9:56 remaining in regulation.

That’s when Edison started to rally, as Paul Hallstrom gave the Chargers’ their first goal since the 1:25 mark second quarter to cut the lead down to 8-4. Two straight goals from AJ McLean and a goal from Dominic Rehak brought the Chargers to within one.

With 50 seconds remaining, the Sailors were down two players, leaving the door open for the Chargers to tie the game. McLean answered the door of extra-man opportunity and knotted the game at 8-8 to force the OT.

In overtime, the Chargers eventually got the ball off of a Newport Harbor turnover and fed the ball to McLean who had a decent look at the net. But the shot was saved by Garrett Rovazzini.   The Sailors moved the ball up the field and found Quinonez for the game-winner.

Hunter Rouch, Jackson Swall, Hutton Wooters and Rhett Farmer had one goal apiece while Rovazzini had 12 saves for the Sailors.

“We weren’t looking as sharp as we could. Quinonez had a very good game. He played like a captain,” Todd said.

McLean led the Chargers with four goals while Rehak added three goals. Hallstrom chipped in one goal for Edison, which also got eight saves from Hunter Whalen.

“He’s our senior leader. He’s a smart hard working player. I think we [Edison] just realiezed we can play with them [Newport Harbor] I think they finally realized that they are better than they thought they were,” Edison co-coach Dieter Nemes said.

The two teams will meet again on April 11 at Newport Harbor.