Quick Start Boosts No. 4 Agoura Past No. 11 Crespi 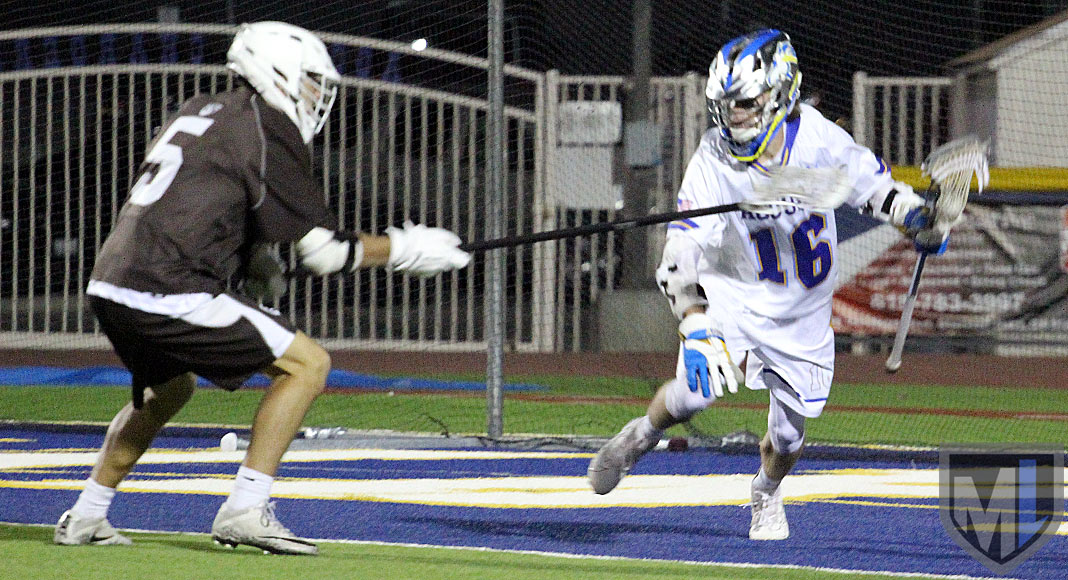 No. 4 Agoura scored on a textbook tic-tac-toe break off the opening face Saturday night and never trailed in an 8-2 victory over visiting No. 11 Crespi. It was the Chargers’ third consecutive season-opening win over the Celts.

Agoura led only 2-0 after one quarter but opened up some breathing room in the second period and led 6-1 at halftime. Sophomore attack Douglas McCarthy led the Chargers with four goals, Gage Garrison scored two and George Galer and William Galer each scored one.

“Offensively, I was pretty pleased,” Agoura coach Sean Lindsay said. “We didn’t finish a lot of our shots; we probably could have put another 7-8 goals on the board, easily, and their goalie would make a good save, or we’d hit him. As we get better offensively, hopefully we start burying our shots. But I was happy with what I saw today.”

Crespi senior goalie Jimmy Acheson made 10 saves, and the Celts defense did its part to keep them in the game, but Crespi’s offense never could get going.

“We have a good defense,” Lindsay said. “We have some good athletes out there. It’s just a matter of fine-tuning some things. It’s a good first start.”

Crespi’s offense turned the ball over frequently and rarely tested Agoura goalie Zach Tripp, who was credited with six saves.

“I definitely think it was jitters; a lot of young guys,” Crespi coach Brock Livingston said, “but still, I thought we were going to be better than that.”

The Celts have nine freshmen and sophomores on their roster, and five of them played significant offensive minutes Saturday night.