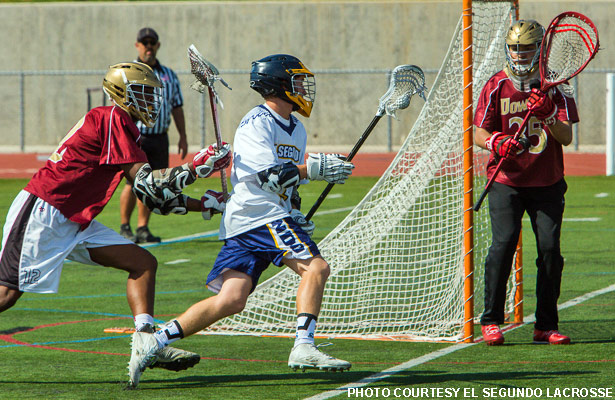 El Segundo leapt out to a 9-0 lead in the first quarter as junior Cory Lund recorded seven points. He finished with 10 — three goals and seven assists.

The Eagles led 13-1 at halftime and 15-1 after three quarters. Goalie Alex Nolan made six saves.

Lukas Roscoe and Rory Cochrane each scored twice for El Segundo, and Hudson Roles (1g, 1a), Christian Martin, Jacob Brockman, Chase Wood and Daniel Ball each had one. Sebastian Mills and LSM Tim Schartz each had an assist.

It was the fourth consecutive win for the Eagles (5-4, 2-0), as well as their fourth game in row scoring in double figures. Downey dropped to 3-5 overall and 1-2 in the Ocean League.